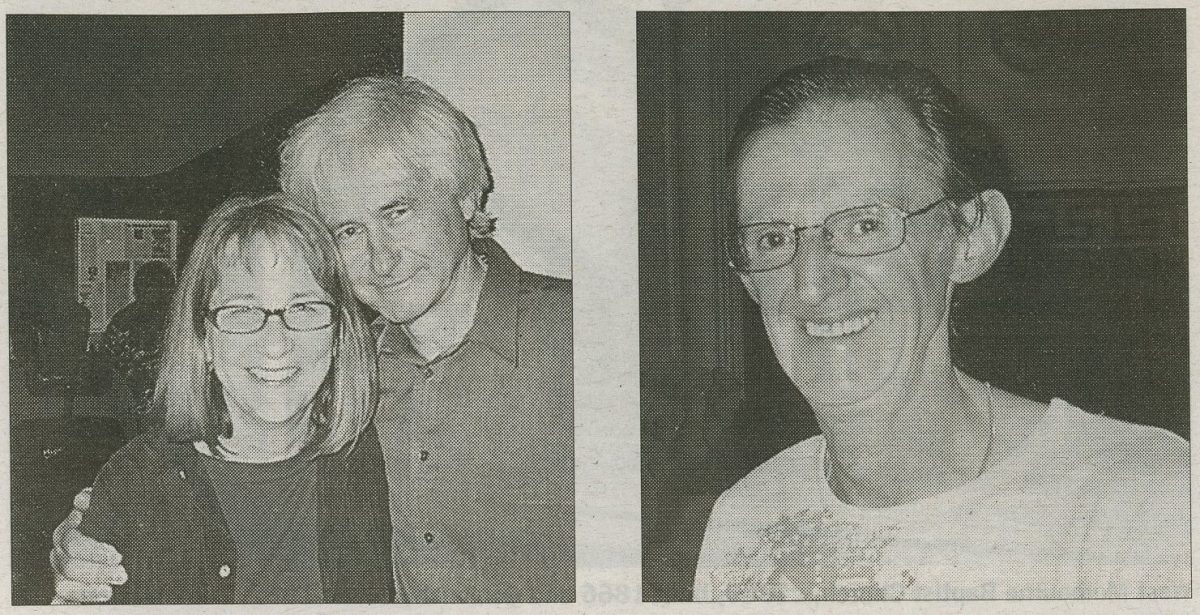 The past and the present in North Melbourne well and truly mixed from 5 to 10 December last year.

A week of performances of an exciting new play, Billy Maloney, was staged in the same auditorium in which namesake William Maloney, MHR, would have addressed political meetings a century ago.

“The room he made his own” – the North Melbourne Town Hall – apparently hasn’t changed its ornate interior from the days when Billy Maloney was a prize speaker.

Billy Maloney provided an impressive insight into the life of this noted Melburnian. The playwrights were husband-and-wife team Bill Garner and Sue Gore.

Melbourne City Council is said to have helped inﬂuence their theatrical company, Commonplace, to stage the play.

Billy Maloney, born into a wealthy grazier family, represented inner Melbourne seats for 51 years. He was in the Victorian Parliament initially and later held the federal seat of Melbourne from 1904 until his death in 1940.

Maloney was known as a humanitarian. He was a doctor of medicine and a ﬁghter on many issues in Parliament.

One story is that he had wagons laden with vegetables and sent them off through the streets of North Melbourne and Brunswick, making the groceries available to poor people to supplement their meagre diet.

He was a denizen of Melbourne Trades Hall, which he, and a close confrére in the redoubtable King O’Malley, used as a focal point for their activities.

One report Maloney made to a Trades Hall audience, on his return from a trip to England in about 1910, touched on the, “festering sinkholes” of some counties in England — then feeling the injection that British Labour governments were putting into them.

After addressing another Trades Hall audience, Billy Maloney was reported in Labor journals as having spoken “from the bottom of his humanitarian heart”.

He was a member of the Fisher Labor Government, although not a minister.

Andrew Fisher, who lived in South Melbourne, as did the busy-bee Minister for Home Affairs, King O’Malley, had been a Scottish miner. Blacklisted for his union activity in his native Scotland, and then in the Queensland to which he emigrated, Fisher was Prime Minister in a most active government from 1910 to 1913.

A dapper little man, Billy Maloney spoke with often-biting invective, somewhat in the style of his contemporary, Billy Hughes. But Maloney did not have the glaring character ﬂaws of Hughes.

He was tireless in his pursuit of social justice. Having studied medicine in London, presumably aided by his wealthy background, from his chosen path of helping the poor he organised Melbourne’s ﬁrst May Day march — a commemoration of the eight-hour working day.

May Day marches drew crowds to the streets for years and were widely supported by the trade unions, which led in lifting the living standards of the then impoverished worker.

Actor Don Bridges really made the show. Dressed in a neat suit and wearing the waxed moustache which was a Maloney trademark, he weaved, ducked and spoke loudly on many things.

It was a ﬁne, sustained performance. Supporting cast members Jim Daly and Ruth Schoenheimer played local historians and several other roles with enthusiasm. Director Denis Moore was described by an appreciative Age reviewer as having the show “gliding effortlessly over a tightrope… between history lecture and pantomime”. The play brought to life “one of the most colourful characters ever to grace the ﬂoor of Australian politics”, wrote the same reviewer.

One would hope that Billy Maloney might tour elsewhere. If so, it would be a repeat of The Legend of King O’Malley. O’Malley, the founder of several icons in Australian life including the Commonwealth Bank, declared that Billy Maloney was the “arch fighter” for the “people’s bank”. 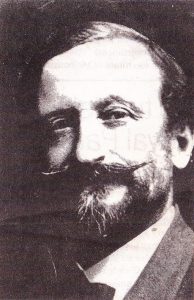 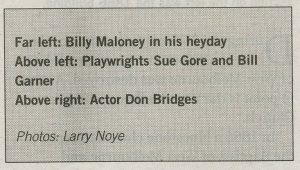