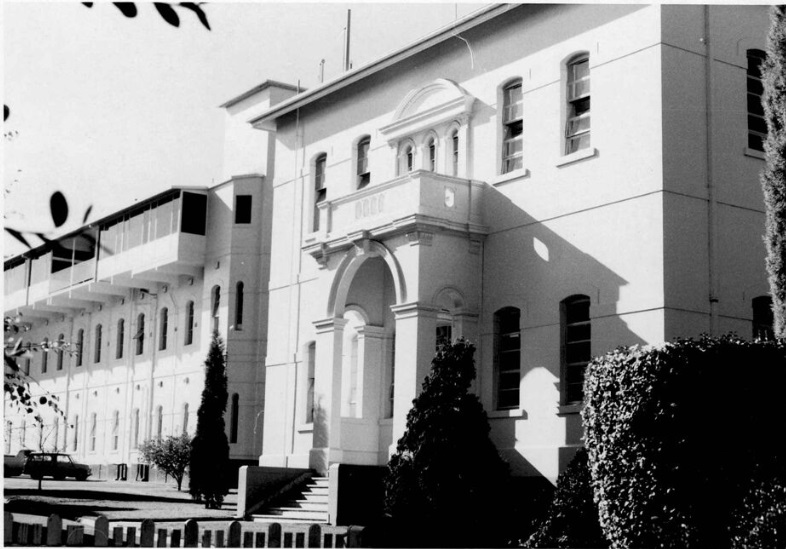 In the 1930s, there were strict rules about who could visit hospitals and who could not. The rules were very strict for children, the reason being that visitors only upset them and made them difficult patients.

When Rae’s young relative George got polio in the 1930s, he was taken to Fairfield Hospital and for some weeks was allowed no visitors and later, only his parents. 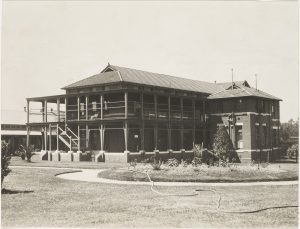 On the road to recovery, he was transferred to a hospital in Royal Park. The family remembered the building as the Old Men’s Home and it was later named Mount Royal. He was there for some months. During this time,his mother went every day to learn how to put splints on his limbs.

The household revolved around this procedure: first, light the copper that was in the outside laundry; next, get out the big tub that was kept under the bed to keep it hygienic; next, get buckets and carry hot water in from the yard. That done, take off the splints and put the boy in the bath, take him out and dry him, put the splints back on, empty the tub, put it back under the bed, check the supply of salt and do what could be done until the next bath was due.

Masseur Helen Murdock carried out treatments very similar to those a physiotherapist would do today. Crucial to George’s recovery, they involved regular visits, supervised exercises and bandaging of his limbs, all in addition to the daily salt-water treatment at home.

Over the same period, Mr Price, a senior surgeon at the hospital, made visits to the home. The complete treatment was a team effort carried on for some years. George recovered and lived into his 70s. Placid as a child, he grew into a patient adult who was very aware of the team effort that had given him an active life.

While recovering, he did not have the use of his thumb. The doctors suggested amputation. His mother replied that it was George’s thumb and, as a 10-year-old, it was up to him to decide. He did not agree to the amputation. What followed instead was an operation that adjusted his thumb, and he retained the use of it for the rest of his life.

by Rae Nicholls, member of the Hotham History Project. Road to Recovery was written by Rae Nicholls as part of Arts House ‘Refuge’ project in 2018. Published in the North & West Melbourne News winter edition 2020.