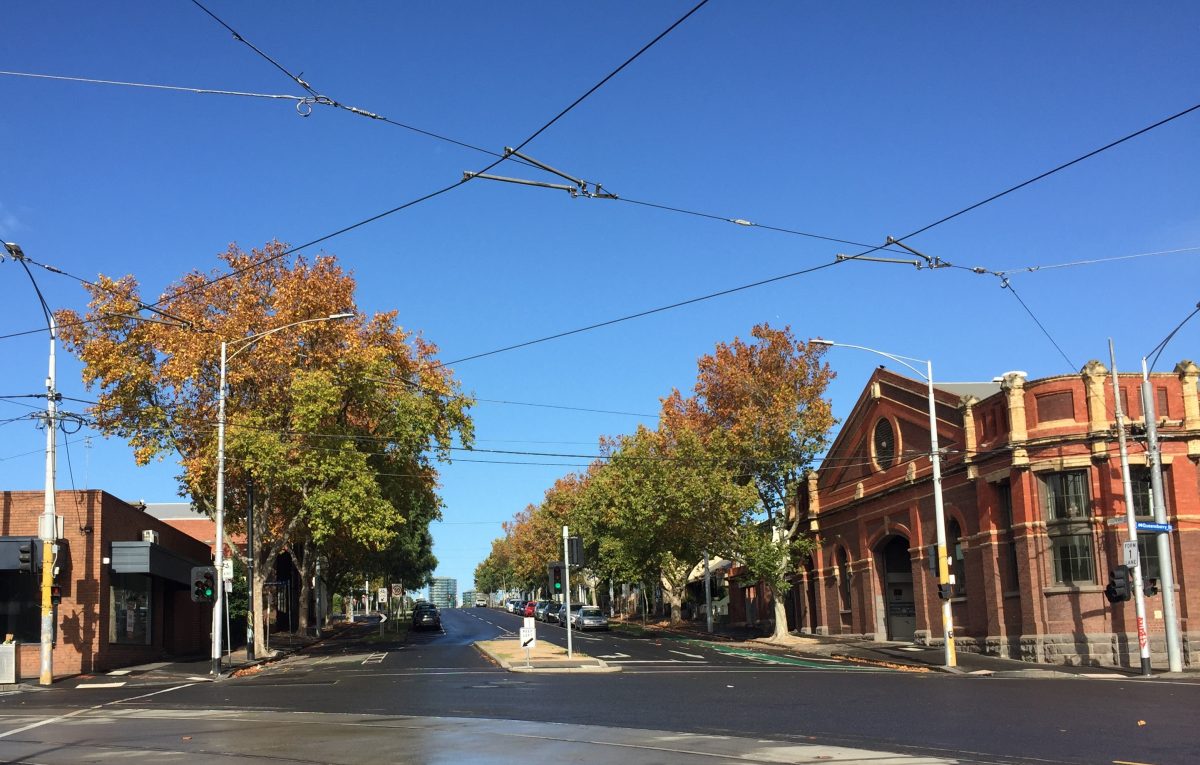 Abbotsford Street runs like a spine through North and West Melbourne. Its unusual name springs from a connection with famous Scottish novelist Sir Walter Scott and his home in the Scottish Borders.

In about 1811 Scott bought his 100-acre Cartley Hole Farm on the river Tweed. The site had a personal significance for him as it was close to the site of a final clan battle involving his forebears in 1526.

In 1824 he built a new home on the farm, which he called Abbotsford House. The name was inspired by a nearby abbot’s ford across the shallows of the Tweed, used by Cistercian monks from the neighbouring Melrose Abbey, as they moved their cattle safely across the river. 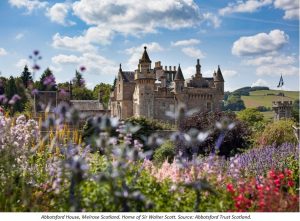 photo used with permission from the Abbotsford Trust.

The Abbotsford Street we know today has its own rich history far removed from its namesake in Scotland. It was, like the rest of Melbourne, in an area of open bushland occupied by the Boon Wurrung and Wurundjeri peoples of the Kulin Nation.

Some of the earliest homes in Abbotsford Street went up as early as 1859. Number 86 Abbotsford Street West Melbourne was built by Robert Bentley, a Englishman from Staffordshire where he married Martha Redfern in 1841. They were both about 23 when they decided to seek a better life in the developing colony of Port Phillip. 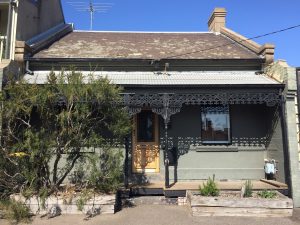 After a three-month voyage on the England as assisted migrants, they arrived in Melbourne in July 1841. Robert was a master carpenter and built homes in North and West Melbourne. Martha was to give birth to 11 children, her last at the age of 43.

Next door to the Bentleys’ number 86 was a house with its own interesting history. At number 88 Abbotsford Street West Melbourne, Margaret O’Reilly ran a boarding house, and a wonderful photo from about 1900 shows her out the front with grandchildren Mary, Dennis, Jack, Ann and Norah, with their mother Margaret O’Reilly Sheehan. 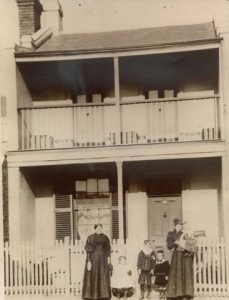 Nowadays, Abbotsford Street is a significant link between West and North Melbourne. It begins at number one on the western corner of its first cross street at Railway Place and then runs northwards towards Royal Park where it ends at number 525.

Do you live here or know more about Abbotsford Street or its stories? Email: info@hothamhistory.org.au