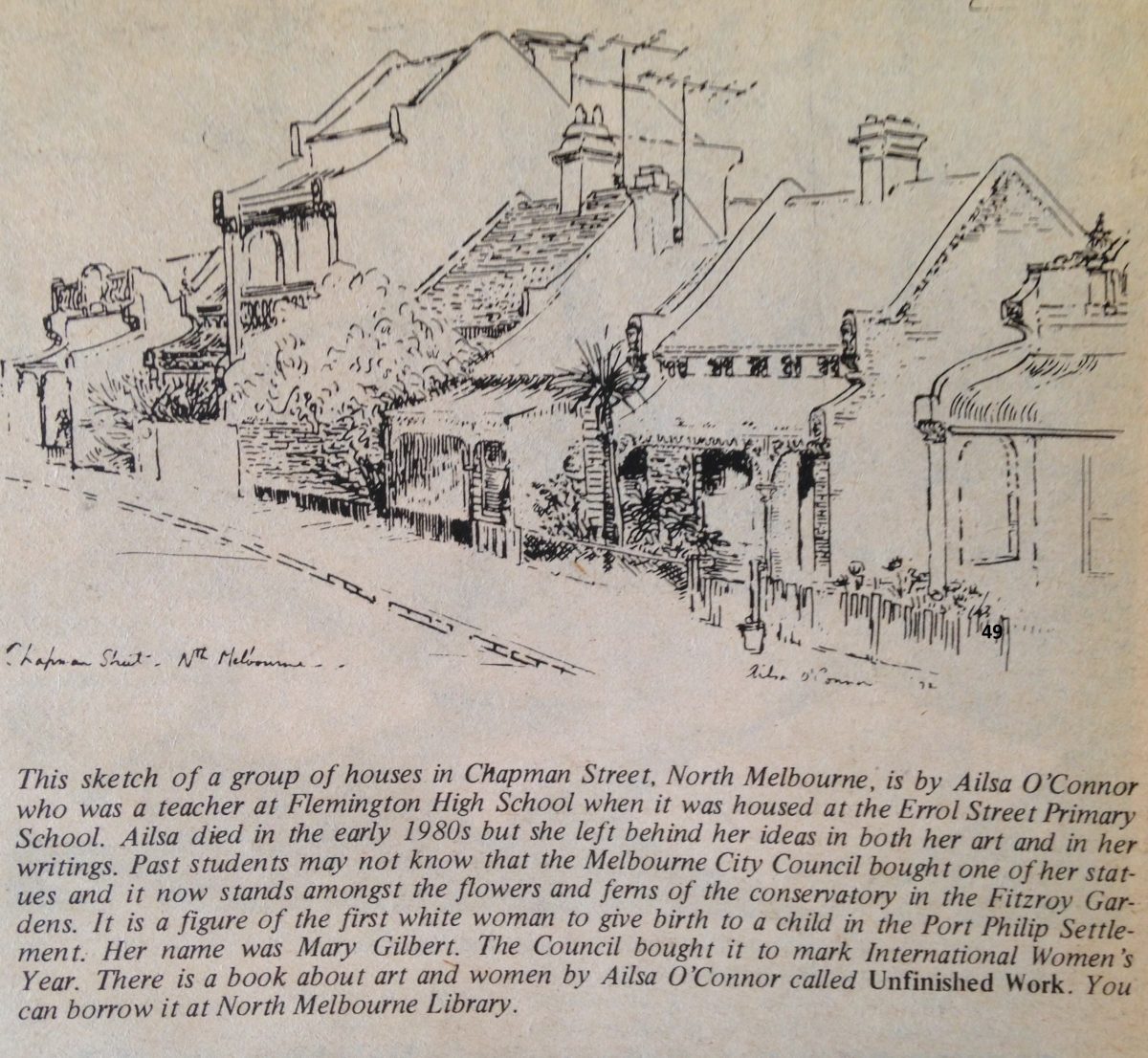 This sketch of a group of houses in Chapman Street, North Melbourne, is by Ailsa O’Connor in 1972, who was a teacher at Flemington High School when it was housed at the Errol Street Primary School. Ailsa died in the early 1980s but she left behind her ideas in both her art and in her writings. Past students may not know that the Melbourne City Council bought one of statues and it now stands amongst the flowers and ferns of the conservatory in the Fitzroy Gardens. It is a figure of the first white woman to give birth to a child in the Port Philip Settlement. Her name was Mary Gilbert. The Council bought it to mark international Women’s Year. There is a book about art and women by Ailsa O’Connor called Unfinished Work. You can borrow it at North Melbourne Library. 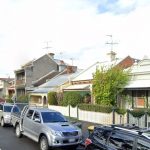