On Wedneday the 5th of August around sixty current and former North Melbourne residents gathered at the Town Hall for an evening of oral history. Part of the Arriving and Thriving project, the event was organised by the North and West Melbourne Neighbourhood Centre with assistance from the Hotham History Project.

The evening started with a series of talks by researchers from the Hotham History Project. Mary Kehoe began by describing the massive benevolent asylum which formerly stood at the west end of Victoria Street. Winsome Roberts then talked about the history of Molesworth Street and social life in 19th century North Melbourne. Lou Soccio outlined the history of Italian migration to the area, focussing on the chain migration from the village of San Marco. Rae Nichols discussed the history St. Michael’s Primary School and the terrace house in Brougham Street where she grew up.

After a short break the audience split into small groups for the oral history workshops. People brought out their photographs and memorabilia. Participants were encouraged to write down their experiences and recollections. “Once we broke into small groups and people started sharing their own stories the general hub-bub and hilarity made it difficult for people to hear each other.” Many participants met people they hadn’t seen for years.

Organiser Jane Karsiake said “I’m very pleased with the level of excitement that the project has generated and grateful that people are so willing to come together and share their experiences of North Melbourne. We’re looking forward to seeing what people have managed to put down on paper.”

“People were so keen to get together and keep their local history alive. There was so much enthusiasm that we will be holding follow up workshops so that people can come together again to share more of their stories.” 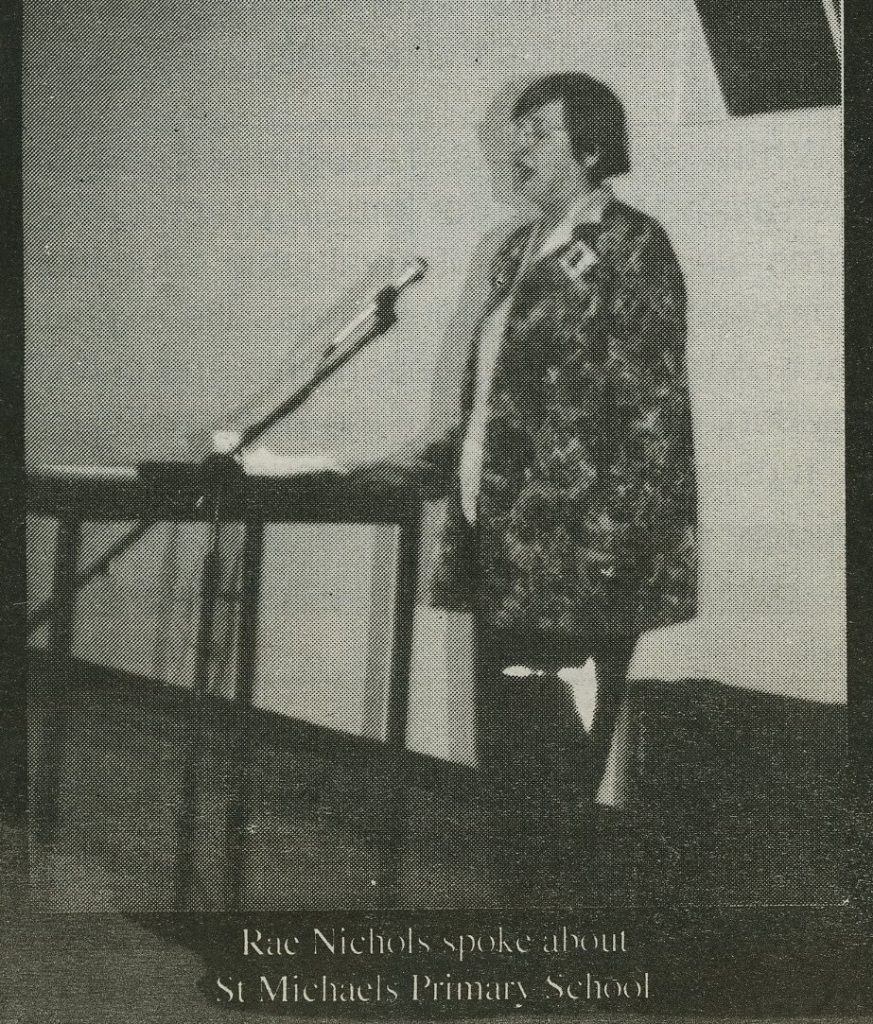