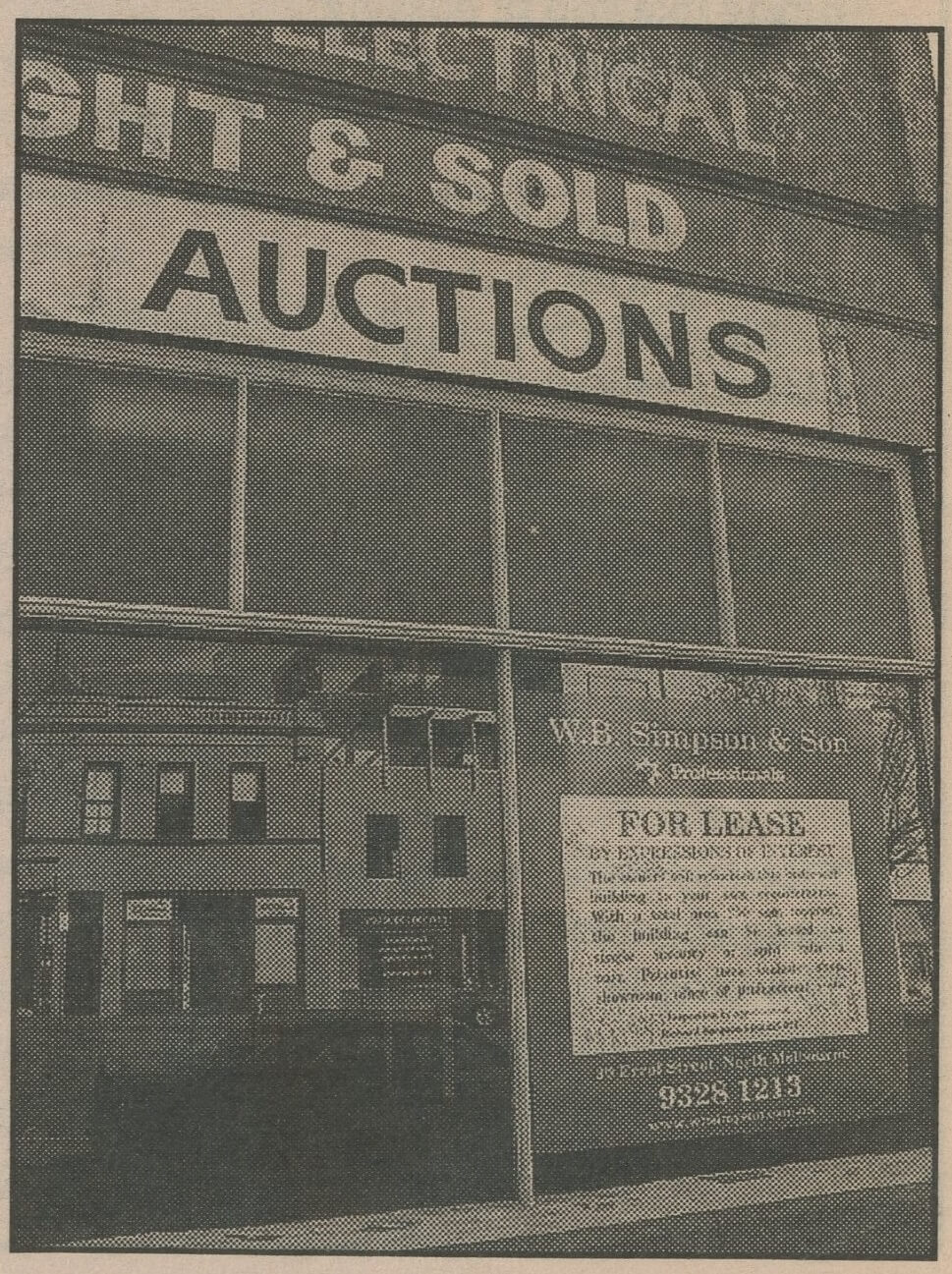 Barnette Ellis was born in Sydney on 24 September 1837, the seventh of 11 children to Elias and Rebecca Ellis, who had left their Jewish community in London and emigrated to Australia.

After moving to Melbourne when Barnette was nine years old, Elias continued to prosper and became a leader of the local Jewish community.
The young ‘Barney’, as he was known, clashed badly with his father but took up respectable employment as a solicitor’s clerk at the age of 20. However, by 1865 he had left the law and become the secretary of the Victorian Building and Investment Society. It was not until his father’s death in 1866 that he left home, setting himself up in an ofﬁce and residence at a hotel in Brunswick Street, Fitzroy, which was later run by his brother Samuel.

By 1875 Barnette was looking for other employment and applied for a position managing the Auction Rooms in Errol Street, North Melbourne. It was here that he met Sarah Isabella Nash, nee Barton, the widow of Albert Stuart Nash. Nash had established the Auction Rooms in 1864 during the boom years of the gold rush.

Isabella had been running the Auction Rooms on her own for the four years following Albert’s death. She had borne six children to him, only two of whom, Ada and Emily, survived.

Barnette Ellis now took over the lease of the Auction Rooms. In 1878 ‘Belle’ put her business experience to good use, opening a confectionery and baker’s shop in her own name. The enterprise proved a success, in contrast to the ﬁnancial problems that beleaguered her husband with the Auction Rooms.

Isabella gave birth to three more children, Robert, Deborah and William.
William Barton Ellis was to take over the Auction Rooms from his father and his name lives on in the sign W.B. ELLIS painted on the front of the building.

Barnette’s extrovert nature was well suited to his new life. His colourful auctioneering style made him something of a celebrity, his auction days being “the best and most entertaining free shows in Melbourne”.

Unfortunately the marriage was short—lived. Belle died of breast cancer in 1888, after which Barnette’s life became increasingly erratic. Without Belle’s stabilising inﬂuence, his ﬁnancial irresponsibility caught up with him, embroiling him in disputes over wills and property. He struggled to cope with his children, trying to prevent them making unsuitable marriages.

Barnette himself became involved with another woman, Annie, only two years after his wife’s death.

Annie was also a widow with children of her own. Their relationship was stormy.

She wished to marry Barnette and made frequent visits to the Auction Rooms to entreat him but, as far as is known, he never did marry Annie.
In spite of all his problems Barnette apparently enjoyed life. He was a keen card and chess player, had many friends and was sought after as a master of ceremonies. He continued to conduct auctions until the day he died, on 7 March 1912.

Barnette’s debts at the time of his death included heavy ﬁnancial mortgages on the Auction Rooms but his shortcomings were not paramount in people’s memories of him. Most remembered Barney as an emotional man with a passion for life, a “marvellous” man and, like his father Elias, a Humanist.

Most of the information for this article was sourced from The Humanist Jew: the family of Elias and Rebecca, 1981, by Margaret Chapman. Further information was provided by local history librarian Heather McKay.