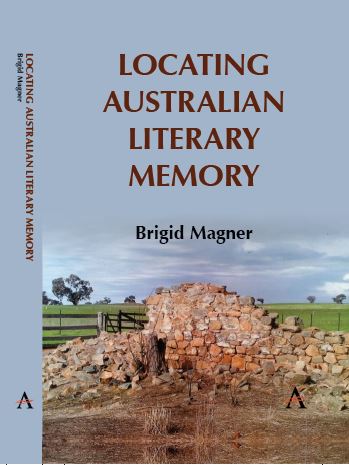 John Arnold, book historian and former editor of the La Trobe Journal, will launch the book and also there will be readings from the Henry Lawson, Adam Lindsay Gordon and Henry Handel Richardson societies (and maybe a Banjo Paterson song)!

Brigid Magner illuminates the social memory residing in these monuments
and artefacts, which were largely created as bulwarks against forgetting. Acknowledging the
value of literary memorials and the voluntary labour that enables them, she traverses the many
contradictions, ironies and eccentricities of authorial commemoration in Australia, arguing for an
expanded repertoire of practices to recognise those who have been hitherto excluded.

Brigid Magner’s fascinating study sets out the ways in which a nation can build an identity
by actively constructing a literary memory, and then using those memories to paper over the
deep history of our First Nations and their stories. In doing so she helps us understand both
how fragile Australian culture is and also the ways in which literature is a powerful force.’
—Sophie Cunningham

Brigid Magner is senior lecturer in literary studies and founding member of the non/fiction lab
research group at RMIT University, Australia. She has contributed to a range of publications on
topics relating to Australian and New Zealand literary culture with a particular focus on publishing,
authorship, cultural heritage and tourism.