Update ‘At home on Hotham Hill’ 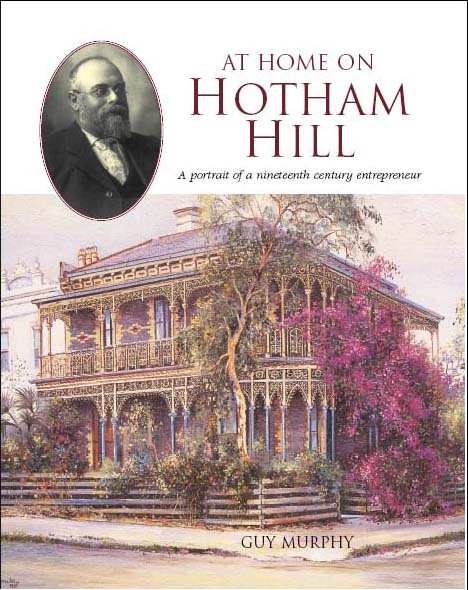 Guy Murphy has kindly offered to give a talk about the update on his book, ‘Hotham Hill: The Second Chapter’

First Chapter Summary: For more than a century, countless passers-by have wondered about the big house at 519 Dryburgh Street, North Melbourne-the house with the overgrown Bougainvillea and the commanding view of Royal Park. Who lives there now, who built it, what are its stories? This history of a house and its owners and tenants covers more than a hundred and fifty years, and encapsulates the history of Melbourne, its commercial life, its property speculation and development, its hard times, and its renewal. This is a marvellous piece of historical research, with scarcely a stone left unturned from the history of early Melbourne’s markets and fish trade, to property speculation, family history and the boarding house business. We meet the many of the people who have made it their home, in particular its primary builder Robert Langford, who rose from fish-hawker to man of property and civic leader. (Janet McCalman)

Bio: Guy Murphy has a Bachelor of Arts (economic history) and a Graduate Diploma (architectural history & conservation) from the University of Melbourne, and works as a heritage consultant, researching and documenting historic buildings. He first came to know North Melbourne while a student living in Parkville. Originally from Bacchus Marsh, he had long been curious about the house with the iron lace and purple bougainvillea vine glimpsed from a car window while driving along Flemington Road. He now resides within inner Melbourne.