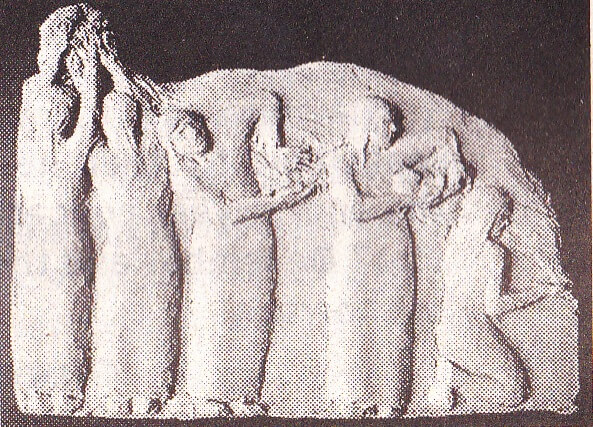 One of the highlights of the Curzon Street church’s 150th anniversary was the historic exhibition ‘Generations of the Faithful’ held in the Elm Street Hall between 29 and 31 October.

A committee headed by historian Eleanor Pugsley and Nora Killip presented a chronological arrangement of historical photographs and memorabilia donated by church families past and present.

The exhibition usher, Jean McKendry-Paterson, reminisced about two significant church ministers. They were the popular Reverend Alexander Kinninmont (1861-1876), who increased the church membership, and the influential Reverend Stephen Yarnold (1950-1970). During the early years of his ministry, his wife held vegetable stalls outside the manse gates to pay off the small building debt that was outstanding from the previous century.

A commemorative service booklet issued for the historic weekend includes the service for Sunday 31 October, a short history of the church contributed by Eleanor Pugsley and a history of church music by organist Ken Falconer.

Music is one of the most important aspects of worship at the church, but this was not always so.

Following the Scottish Presbyterian tradition, which forbade the use of instruments, originally the only form of music was unaccompanied singing, led by a precentor. In the 1860s Presbyterians in Victoria gradually modified the old beliefs, and the Union Memorial Church introduced an organ in 1885. Accompanied services and choral singing have since become a central theme of the church.

Organist Ken Falconer, who has accompanied services since 1987, appreciates the remarkable acoustic qualities of the galleried interior, which are worthy of the modern Knud Smenge organ installed in 1988.

The Curzon Street church was closed during the 1980s when its congregation became too small to sustain it. The few church members joined the Brougham Street Methodist Church until the Union Memorial reopened in 1987 after renovation. A sculpture commissioned to mark the sesquicentenary is nearing completion. Sculptor Anna Meszaros is working on a sculpture of five biblical women, with a representation of the water of life flowing through the figures. These female characters, all central to the Moses story, were chosen to complement the four male reformers depicted in the rose window over the altar. The sculpture will be cast in bronze and placed on a metre-high plinth in the church forecourt within the next three months.

Photos: The church interior facing the street entrance with the organ above Photo: Jillian Ball 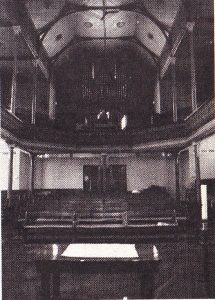 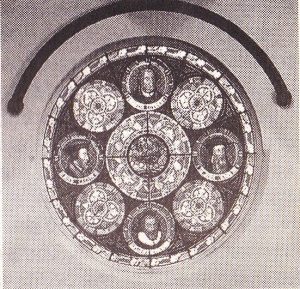