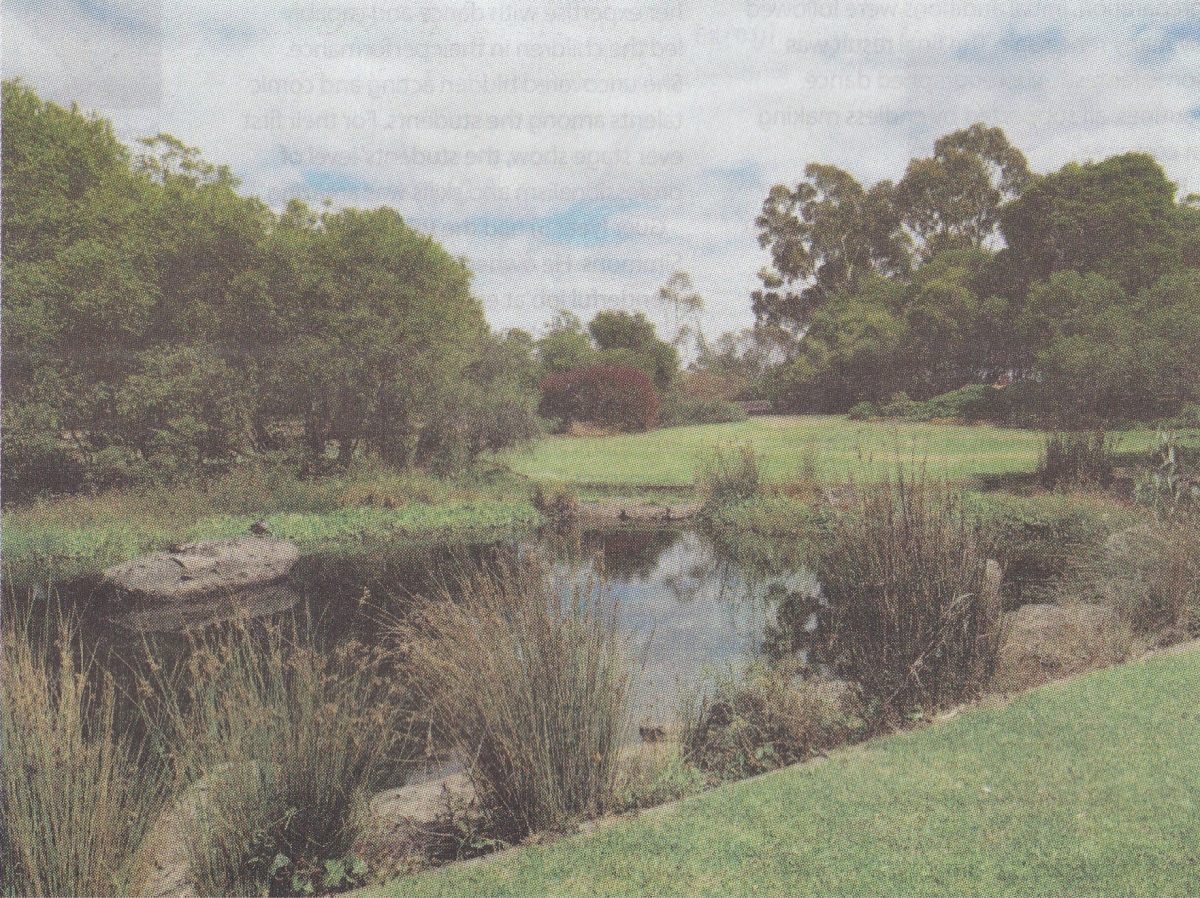 Alluring, fascinating, intriguing. How, you may ask, can these adjectives be used to describe a drain?

North Melbourne resident Geoff Leach has been interested in one ‘particular local drain since 1989. He was then living in Harris Street and a downpour caused the drain to overflow and flood the street to the depth of one metre. One night recently, Geoff took eight committee members of the Hotham History Project on a tour to discover how an unglamorous drain can attract such a description.

Geoff has chosen to dignify the drain, which has its source near Royal Park’s Australian Native Garden, with the name ‘levers Channel. Before European settlement a small creek wound its way down the lane between Park Drive and Gatehouse Street and through the open area of levers Reserve that fronts onto Flemington Road.

It continued under Errol Street Primary School, along Harris Street and Gardiner Reserve, under the hill on the North Melbourne football ground, and emptied into the Blue Lagoon. This later became known as the West Melbourne Swamp as human settlement and industrialisation turned the lake into an open sewer.

The creek was buried sometime in the 1890s when serious efforts were being made to drain the local area to allow for residential and industrial development. The drain’s diameter in Parkville is three feet, but once it reaches North Melbourne it has increased to six feet. The channel has a heritage listing.

Our recent walk started from the south side of Errol Street Primary School where, with the aid of a strong torch, we could clearly see the bluestone drain through the grating. A small trickle of water was flowing through but, when we viewed it again in Harris Street, there was a significantly greater water flow. This suggested that somewhere in the vicinity there was a burst water pipe as there had been no significant rain for many days.

We were peering through a grating in the median centre of Macaulay Road when a police car stopped to ask if we were OK. Clearly, a night-time inspection of drains is not a usual occupation fora collection of mainly grey-haired individuals.

Flashing lights were evident as we approached the railway line that crosses Arden Street beside the Moonee Ponds Creek. Trucks and earth-moving equipment were busy at work and orange-vested men helped us to reach the safety of the bridge that spans the drainage creek into which the channel deposits its water.

The channel is fascinating. The bluestone lining is clearly visible, and some of the openings show steps allowing for maintenance. The drain is self cleaning – no leaves or other debris were visible. The opening in Macaulay Road has evidently been repaired, or possibly constructed later, as brick has largely replaced bluestone.

Hotham History Project is always keen to extend its membership. Its extensive website provides details on how to join as well as being a treasure trove of interesting historical information.

More information about the channel, including some old maps, is available at www.nawmil.org.

Geoff Leach can be contacted on geoff.leach@bigpond.corn.

If you are interested in learning more about the Blue Lake-West Melbourne Swamp, Hotham History Project has arranged for David Sornig to talk about his recently published book on this topic on 24 September. The story also follows the fascinating lives of three residents of the area.