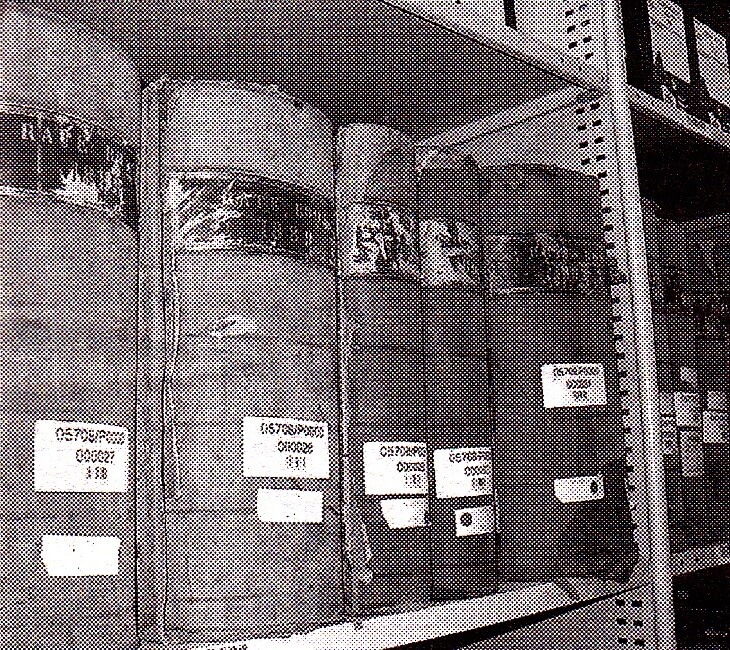 FIRST STOP was the locker room, past reception at street level. Bags had to be left here, as did pens, in very efficient individual lockers with personal keys. Notetakers were required to use pencil.

The tour began with an exploration of the Harry Nunn Reading Room, named after the first keeper of public records.

Before Nunn’s time, each government department was responsible for storing its own records. This is Australia’s only national reading room that is shared with a state body, in this case the Public Record Office Victoria (PROV).

On the right side of the Reading Room is a self-help area containing microfilm and microfiche. To the left are computers where researchers can access the internet and on-line material ordered two hours in advance.

There are also facilities to plug in your own computer and a number of corrals if privacy is a concern. The Reading Room is open Monday to Friday between 9.00am and 4.30pm.

The Repository occupies levels 1 and 2 and is accessed through a series of huge steel double doors and lifts. As well as being fireproof, these massive doors provide security and help to maintain a constant temperature.

The optimal temperature for document storage is 20 degrees Celsius. There is a refrigerator, however, where film and magnetic tapes are stored, which is kept at a chilly 10 degrees. Our volunteer guide, Elizabeth Buckle, did not take us in there.

If a researcher needs copies of records held in the Repository, this is arranged by staff and there is a wait of up to five days depending on the type of information sought.

Material is not stored alphabetically or using the Dewey system but in series, for example primary correspondence. This is because governments and personnel change, and with them their filing systems.

Here are rows upon rows of shelved archives. The capacity of the Repository is 120 shelf-kilometres; at present about 88 shelf-kilometres are in use. Of these, some 2.5 kilometres of shelf space are devoted to wills and probate records, 3.5 kilometres to criminal matters. The most frequently requested items are kept in the most accessible areas.

Placed strategically along the aisles are some tantalising ephemeral collections, mostly in glass-topped cases, which are rotated every six months or so.

Very topically, the original plans for St Kilda Pier were on display on the day of St Kilda Pier were some early State Bank cheques. The paper cheques had intricate colour illustrations of birds on them; there were also some copper print plates dating from 1872.

These displays provide a glimpse into the wealth of documents, maps, photographs, posters, films, videotapes and objects which have become strange bedfellows in this vast dormitory.

The foyer of the Victorian Archives Centre is used for temporary exhibitions. Currently on display is Transported Back, an exhibition of images from the Public Transport Corporation Photographic Collection.

Victoria’s first publicly-owned rail line, from Flinders Street Station to Sandridge (Port Melbourne), opened in 1854 – the year of the Eureka Stockade. The discovery of gold led to a rapid increase in Victoria’s population and in 1856 the Victorian Railways Department was established.

Victorian Railways set up a photographic studio at the turn of the 20th century and began to compile a fascinating pictorial record, not only of their statewide assets and infrastructure, but also of historic occasions, buildings, places, posters and people in their everyday occupations.

Transported Back runs until the end of March. The next exhibition will be Forgotten Faces — Chinese and the Law.

The Hotham History Project is very pleased to announce that it now has a website at www.hothamhistory.org.au. Information about the group’s publications and activities can be accessed through the website.

Since its formation in 1995, the Hotham History Project has produced eight publications, two of which, Sammarchesi and The Melbourne Benevolent Asylum, are now out of print. If you are interested in either of these publications we would also like to hear from you.

2004 was a very busy year with the production of three volumes: June: Voices of Hotham vol 1, Evelyn’s Story by Evelyn Duffy.

September: Annals of Hotham vol 4, At Home on Hotham Hill: A portrait of a nineteenth century entrepreneur by Guy Murphy.

All these publications are available for sale through the Hotham History Project. Enquiries can be made through our website or at the North Melbourne Library.

Bill Hannan – The History of the North Melbourne Town Hall

A number of walking tours are planned over the coming months, all beginning at 2.00pm. The dates shown below are still subject to confirmation.

Expressions of interest may be forwarded via the website, through the North Melbourne Library or by contacting the secretary, Mary Kehoe, at mekehoe@iprimus.com.au or on 9329 5814.

Guy Murphy, author of At Home on Hotham Hill, is at present travelling overseas and has been asked to speak about his research on Thomas Langford to the Gravesend Historical Society and two other groups in Gravesend, Kent. Langford, a former mayor of Hotham, who built Milton Hall, often known as the Bougainvillea House, on the corner of Dryburgh and Curran streets, emigrated with his family from Gravesend in 1857. The Gravesend Library provided Guy with several images that were reproduced in his book.

As part of the celebrations for the centenary of the incorporation of North Melbourne into the City of Melbourne in 1905, the historic City of Melbourne Bowls Club in the Flagstaff Gardens. is hosting a Heritage, Bowls Day from 1.00pm to 5.00pm on Sunday 20 March. The club will display historic photos and other dub memorabilia and there will be opportunities to play bowls. Formerly the West Melbourne Bowling Club, the club was established in 1866 and moved to its present location at the northern end of the Flagstaff Gardens in the late 1870s. 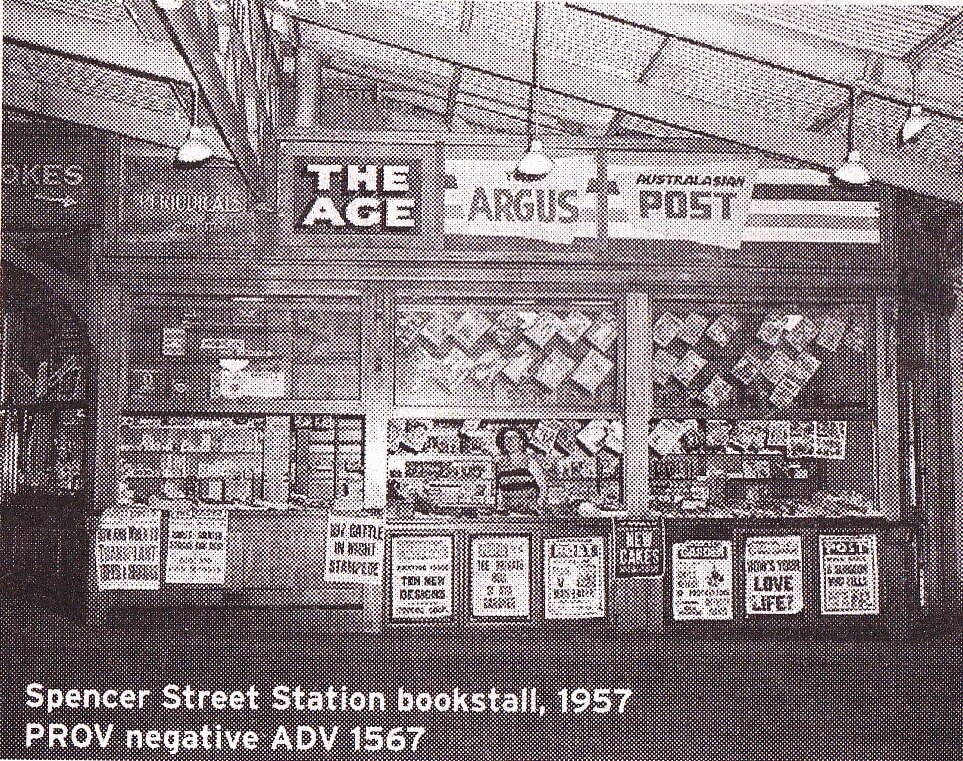 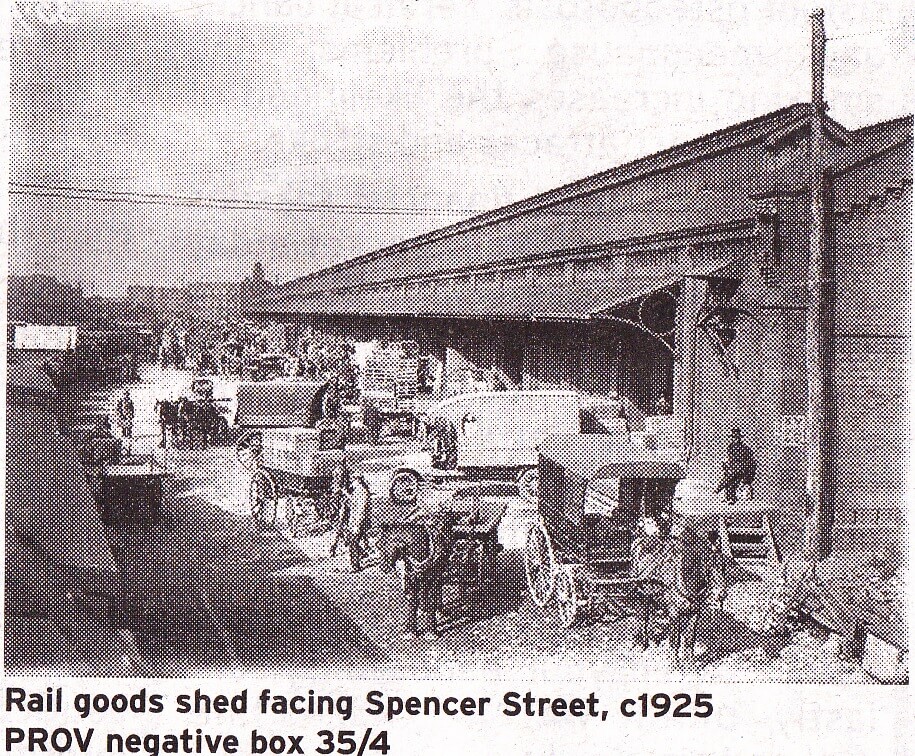