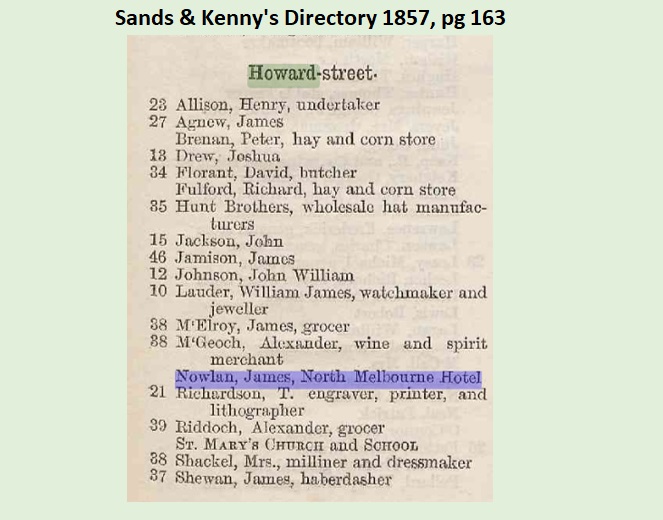 Following some historical references in last week’s column the following chronicle on local hotels has come to hand.

The first hotel erected was the North Melbourne Hotel (1854-1904) on an elevated site at 16 Howard Street North Melbourne, a popular rendezvous before departure to the diggings. Bendigo St. (opposite Peloso’s Errol Street Delicatessen) is today a reminder of those far-off stirring times.

In direct contrast with most other friendly societies The Victoria Tent, Temperance Society, met at the local Common School.

by “The Rouseabout” first published in the Northern Advertiser, circa 1970’s