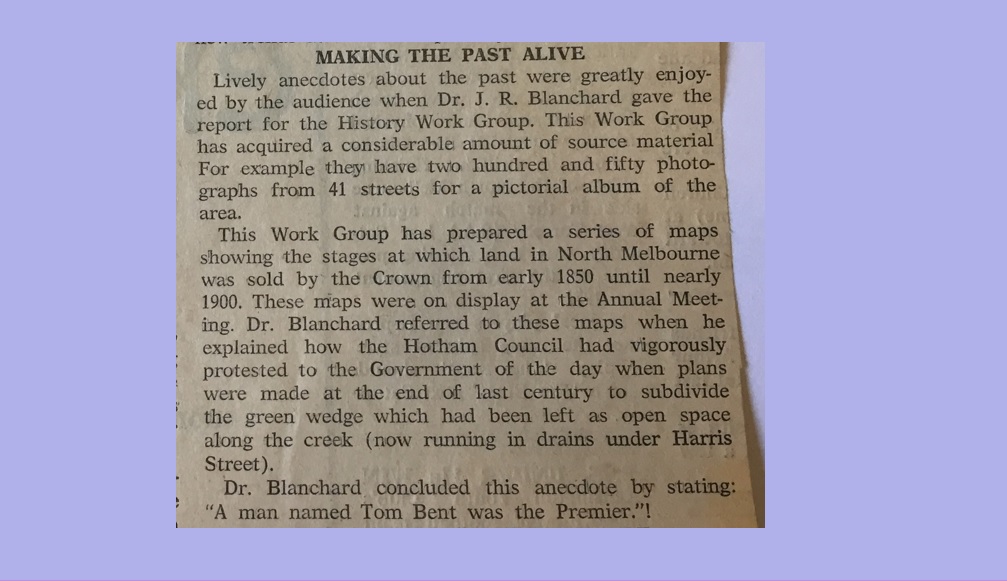 Lively anecdotes about the past were greatly enjoyed by the audience when Dr. J. R. Blanchard gave the report for the History Work Group. This Work Group has acquired a considerable amount of source material for example they have two hundred and fifty photographs from 41 streets for a pictorial album of the area.

This Work Group has prepared a series of maps showing the stages at which land in North Melbourne was sold by the Crown from early 1850 until nearly 1900. These maps were on display at the Annual Meeting. Dr. Blanchard referred to these maps when he explained how the Hotham Council had vigorously protested to the Government of the day when plans were made at the end of last century to subdivide the green wedge which had been left as open space along the creek (now running in drains under Harris Street).

Dr. Blanchard concluded this anecdote by stating: “A man named Tom Bent was the Premier.”!

by Dr. Blanchard. First published in the Northern Advertiser 1971.