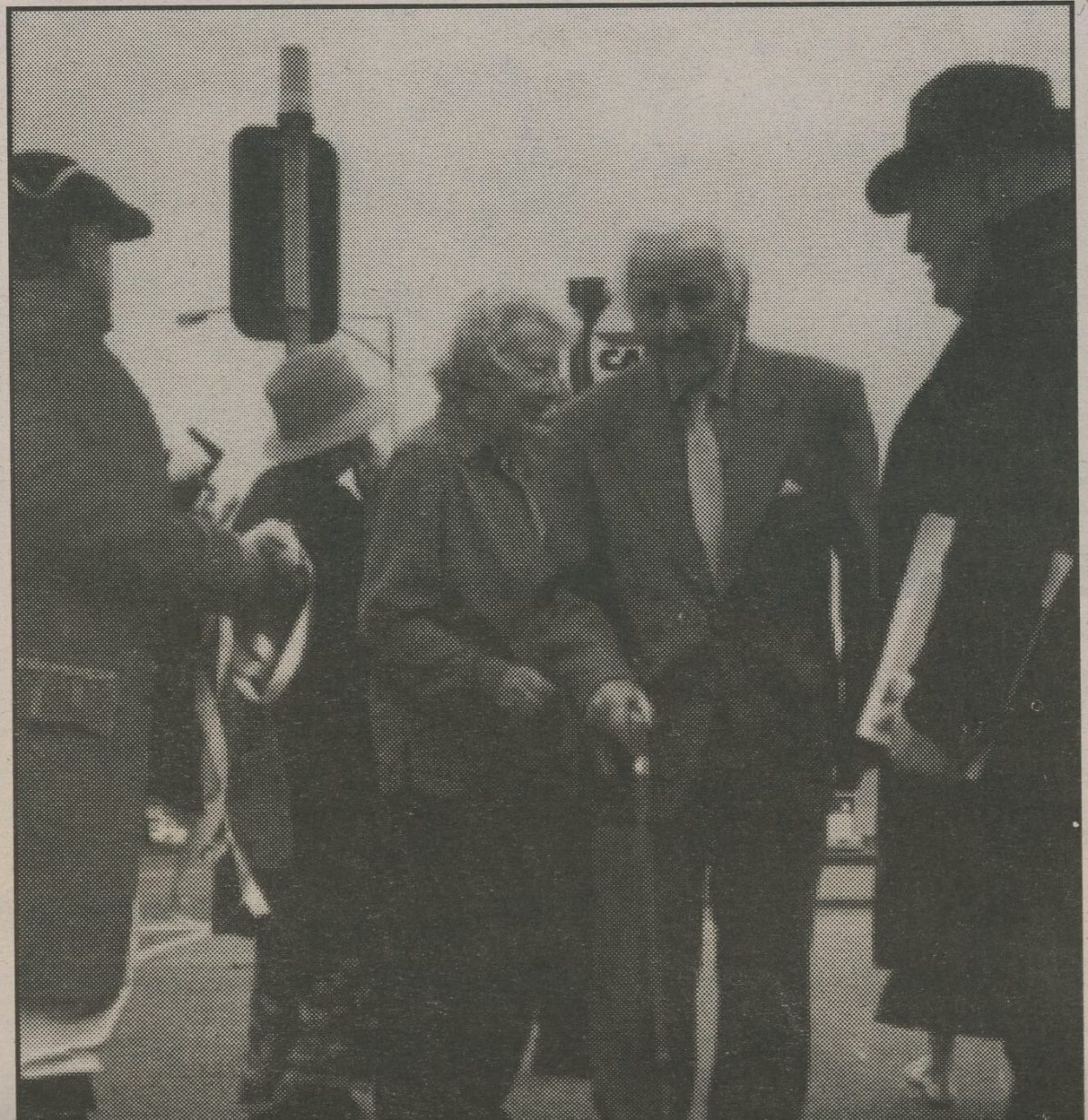 Blue and white streamers and balloons decorated some of the streets of North and West Melbourne on Friday 10 November. This time, however, the celebration was not a Grand Final but a Grand Beginning the 150th anniversary of the laying of the foundation stone of the Melbourne Benevolent Asylum, North Melbourne’s first building.

A plaque is situated opposite the former front entrance of the asylum, which occupied the site bordered by Elm, Curzon, Miller and Abbotsford Streets from 1850 to 1911. The facility was later moved to Cheltenham, where it still exists today as the Kingston Centre.

The building was a landmark in the early days of Melbourne, and migrants arriving at Port Phillip would speculate about the magnificent and imposing building, assuming it ‘housed an important personage — perhaps the Governor? This, and some other scenes taken from the history of the asylum, were acted out most ably by students from University High School with the assistance of a class of grade 2/3 children from Errol Street Primary School.

The sketches were presented at different locations as a procession of local residents and friends beat the bounds, with the lively encouragement of a Scottish piper who led the procession. Others who took acting roles were Philip Williams (who played the Mayor of Melbourne in 1848, abolishing all traffic fines for the year 1850); Jim Brady (as ‘the Vaoabond’.

As the procession passed into the Elm Street Hall to end the celebration, the participants were invited to break off a gum leaf from branches which had been placed inside. This symbolized acceptance of the welcome which was extended by the Wurundjeri people.

Music played an important part in the celebrations, which had opened with a performance by the University High Wind Group. On our return, Errol Street students sang a song. A sing—along followed, led by Jan Friedl and accompanied by Lisa Blackwell. Rae Nicholls had baked a special cake for the occasion, and many guests enjoyed this as they milled around to admire the excellent exhibition which traced the development of the asylum from 1850 to 1911.

A snippet of contemporary history.

North and West Melbourne have a strong association with Governors of Victoria, past, present and to come.

The present Governor, Sir James Gobbo, was brought up in West Melbourne.