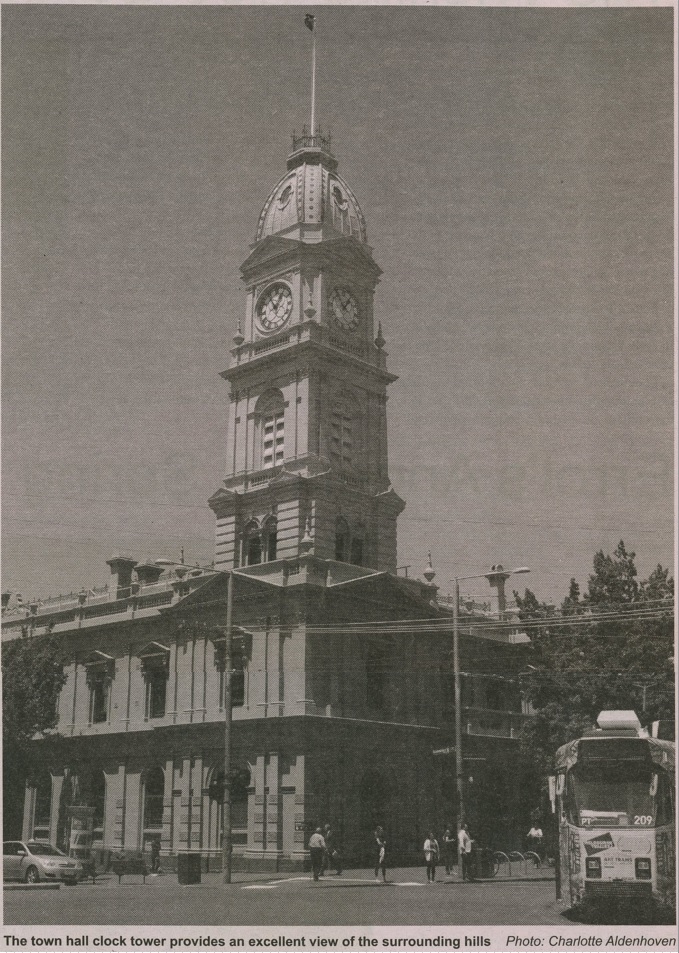 The town hall is on the southern edge of the town and its clock tower is perhaps still its highest point. A broad valley runs down from the town hall and rises on its northern side to Royal Park and at its western end to Hotham Hill; distinguished by the Ukrainian Cathedral and St Michael’s Church and backed by the high-rises variously known as Hotham Heights or ‘the flats’.

The town hall, the hill and Hotham Heights all bear the name of Sir Charles Hotham, lieutenant governor of the colony when the town of Hotham was established. The hill, however, probably refers more to the locality as a district of the town than to Sir Charles himself.

Sir Charles’s name had greater heights awaiting it in the form of the alpine peak Mount Hotham. His name also lives on in a federal electorate, a couple of hotels and a number of streets, none in North Melbourne.

Mount Hotham is certainly the biggest mountain named after a North Melbourne connection, but it is not the only one. Visitors inspecting the clock mechanism at the Spring Fling will have seen a plaque crediting Robert Ellery as the designer of the clock.

When he designed the clock, in 1878, Ellery was in effect the sole keeper of the right time in Victoria. The world did not begin to standardise on Greenwich time until 1884. Before then Ellery’s observatory took readings from the sun and telegraphed the time to whoever wanted it. North Melbourne used Ellery’s time until standard time came in.

As well as being the arbiter of time Ellery was also the chronicler and forecaster of weather. His rainfall and temperature charts were published in the daily papers from the 1870s.

Though trained only as a doctor, Ellery was a remarkable all-round scientist. For his land survey work his name was conferred on Mount Ellery, which is in East Gippsland, 11 kilometres south of Goongerah and within the Errinundra National Park. For his international scientific work, Mount Ellery in Antarctica was named after him in 1886.

Diagonally opposite the town hall tower is a bank, built in 1874 as the Bank of Victoria. Beside the bank is Mattingley Lane, named after Elizabeth Mattingley, founder of one of Hotham’s first national schools, in Errol Street, near the town hall. Elizabeth was the mother of Albert, who for many years was head teacher at Errol Street School.

One of her grandsons, Arthur, was schooled at Errol Street and Scotch College (then in East Melbourne) and went to work in the Customs Department. Before long he became noted for his ornithology and photography. He was a founder of the Gould League of Bird Lovers of Victoria and of the Victorian Advisory Council of Flora and Fauna. His bird photography is highly prized.

Arthur Mattingley was a keen advocate for national parks and a founder of the great Wyperfeld National Park in Victoria’s Mallee country. For this he was honoured by having the highest point in the relatively flat Wyperfeld named Mount Maftingley.

The Hotham History Project is well known for its walks and guided tours, but a tour of the mountains that recall Hotham, even the three in Victoria, may be too ambitious.

Thank you to the Arts House and its staff who arranged for the clock tower to be open during the Spring Fling Festival.

by Bill Hannan, a local resident and member of the Hotham History Project, summer 2015. (story first published in the North & West Melbourne News.)