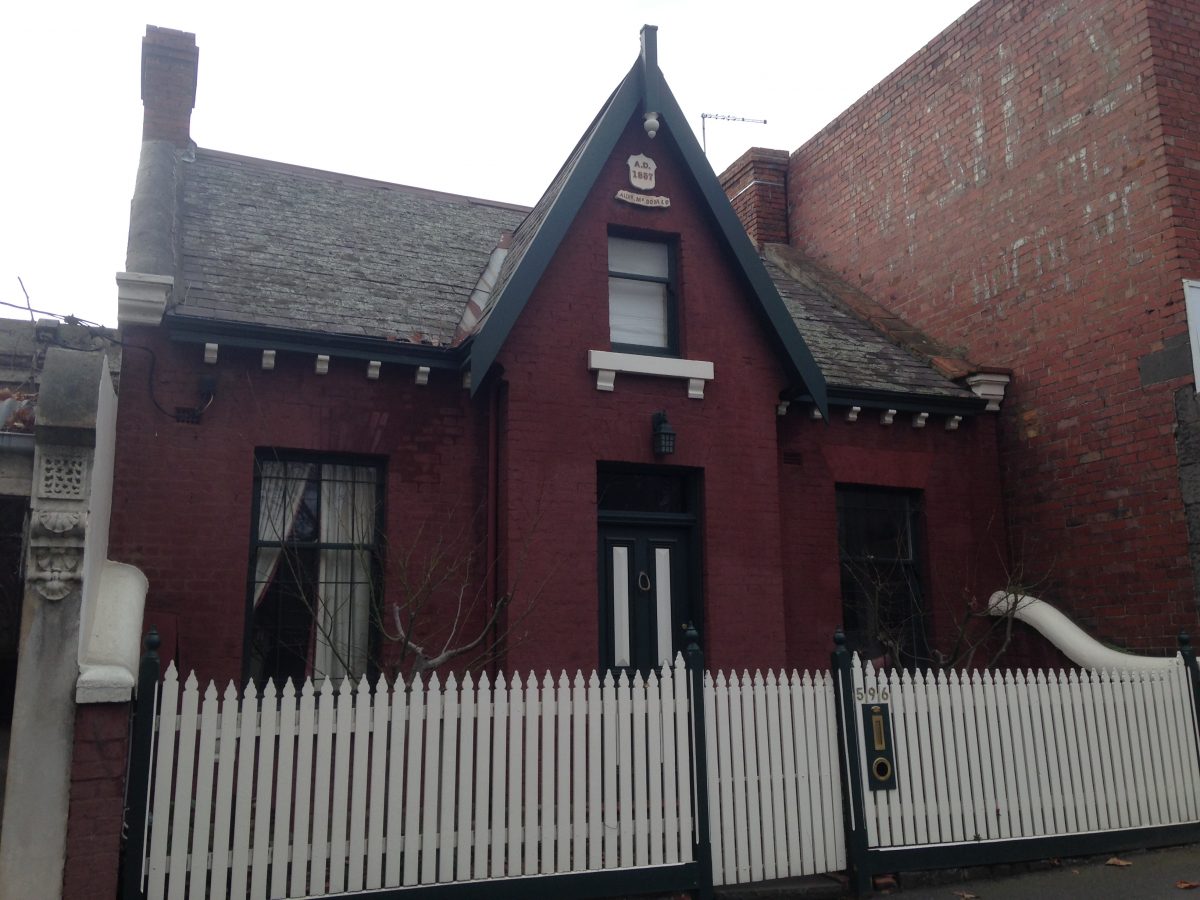 Dear “Northern Advertiser”, – Is this the oldest house in North Melbourne?

The following is an extract from National Trust Newsletter February 1971, page 5:—

“The simple house at 596 Queensberry Street, North Melbourne (classified ‘D’ as a picturesque cottage) is in danger of demolition unless a purchaser can be found for it. It is understood the owner wishes to demolish it.”

“A plaque on the front of the house, dated 1857, bears the name ‘Alexander McDonald’. According to the Melbourne Directory, McDonald was a coach builder, who had premises at 95 Queensberry Street (as the number was then known) and, until 1863, another office in King Street, Melbourne.”

The house itself was built 1857-58, replacing a small two roomed wooden shack, formerly used by McDonald as a house and workshop.

The 1858 Hotham Rate Book shows McDonald as the owner and occupier of ‘A brick house, 7 rooms and cellar with use of stable in the yard. N.A.V. 65 pounds.’ The house has had a number of owners and occupiers since then, McDonald himself having sold the property in 1888.

“Here is a tangible link with our past. Surely it can be saved and restored.”

The present owner seems to be a Mr. J. L. Dickie who is plumber.

Do you know more about this house or its stories? Email: info@hothamhistory.org.au