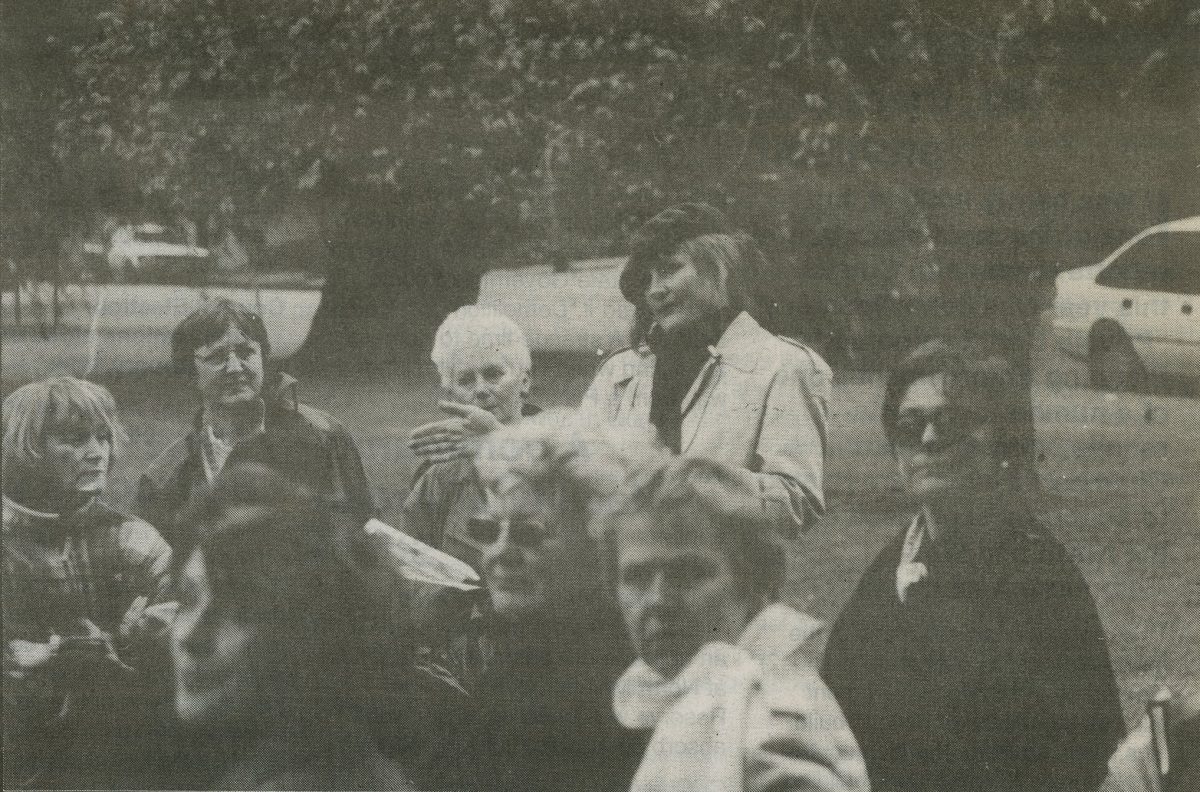 The Friends of St Michael’s had a very successful fund-raising day on the 13th October. Despite very cold weather, approximately sixty people gathered in Chetwynd Street to commence a fascinating two-hour walk around North and West Melbourne. Members of the Hotham History Project led the various groups, drawing on the ‘Discovering Our District’ booklets which were researched and published by the North and West Melbourne Association in the 1970s. The MCC Heritage Walk pamphlets were also used as well as new information researched by the Hotham History Group.

Up hill and down dale, as well as through some of the many lanes they went, staying a while at St Mary’s Church of England where Father Jim Brady welcomed them and shared his considerable knowledge of the church with the group. Another short stop at the Metro Craft Market for refreshments and then on the trail again. Most of the walkers were from other parts of Melbourne and were very interested in a part of their city they had not previously known.

Everyone then came together again at the Pleasance Gardens in Canning Street where Winsome Roberts told of her research and street biography of Molesworth Street. She had many stories to tell of the people who have lived there over the course of its history. The Hotham History Project will publish her book in the coming year.

It was a very cold but animated group who arrived back at the Town Hall for lunch. Heather McKay from the North Melbourne Library had prepared a display of interesting photographs and all were impressed with the newly restored building. Sister Sheila Heywood told everyone about some of the history of St Michael’s, of the old school in Arden Street where McKenzie’s factory once stood and where there are now flats and the ‘new school’ built in 1918 in Brougham Street. This school has seen the waves of migration — especially from the Ministry of Housing flats, where so many of the pupils live.

The money raised by the Friends of St Michael’s goes to give some support to the families and those pupils who can be from some of the most disadvantaged groups in our community. This was very much appreciated. The occasion was also used to publicize the Hotham History Project and its first publication, ‘The Melbourne Benevolent Asylum’ which was launched on 27 November.

Don Camillo’s Restaurant in Victoria Street gave a ‘lunch for two’ as one of the raffle prizes. This was very much appreciated.

There were many comments praising the knowledge and presentation of the leaders of the groups; Winsome Roberts, Mary Ida-Bagos, Lorraine Siska and Mary Kehoe. The Friends of St Michael’s are very grateful for their contribution to a successful, informative and fun event.

This was the tenth yearly fund-raising event organized by a sub-committee of The Friends of St. Michael’s. Most of the people who attend have no other connection to St Michael’s, apart from wishing to give their support to this worthwhile cause.

The new book, The Melbourne Benevolent Asylum, is for sale at the North Melbourne Library.