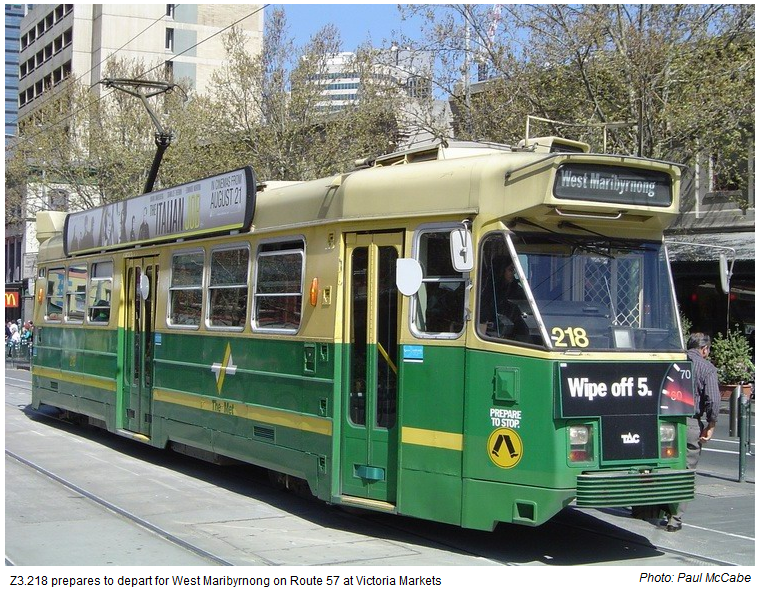 When veteran locals get together, we often chat about how the area has changed. There is so much to remember.

For example, there are the trams. They are still sometimes green and the 57 tram follows the same route as ever, but it no longer has a conductor on board, you don’t buy your ticket when you get on and you don’t get it snibbed.

Once upon a time, the conductor on our tramline knew you and your parents and you behaved yourself. You would stand and offer your seat to anyone older than yourself.

There was also the rattle of the passing tram and the cord that signalled your need to alight. All very different to the silence of today’s trams that glide down Abbotsford Street.

At home, you used to put out the empty milk bottles at night and collect full ones from the front door early the next morning, the cream already thickening under the round cardboard lid.

Maybe you had bread delivered by a patient horse drawing a cart. Certainly, you had a postman with a whistle as he delivered letters, usually twice a day. Some people also had their newspapers delivered, also twice a day.

In the morning there was the Sun, the Argus or the Age. Then, in the late afternoon, the Herald would arrive. Delivering papers was a grand job for a boy with a bike, and the paper-boy would jingle coins in his pocket.

A boy with a bike was one thing, but a boy with a billy-cart was another. The cart, sometimes called a truck, could be used to deliver wood for the stove or perhaps a heavy load of groceries to the house for a paying neighbour.

Many of us remember inside each house the tidy pile of newspapers, stacked just inside the back door, ready to be taken down to the greengrocer to be reused as wrapping paper. The papers would be weighed and pennies handed over. Another source of income.

Some of us still remember the time when ladies and big girls kept their stockings up with suspenders. Tights had not yet been thought of. Younger girls kept up their long socks with garters. So, sometimes, did boys. Posh girls carried sunshades, but nearly everyone had sunburnt summer noses.

So how different was life in the good old days’? Hotham History has a collection of oral history, recordings of the memories of people who were old 20 years ago. They frequently talk about the community itself, the ways in which people cared about and looked after each other.

This is the underlying theme of many of their stories As North and West Melbourne rapidly becoming the homes for newcomers to the area, it is a tradition worth recalling. Let’s hope we live out that tradition in the future.

by Lorna Hanna, chair of the Hotham History Project. First published in the Autumn edition of the North & West Melbourne News 2019.