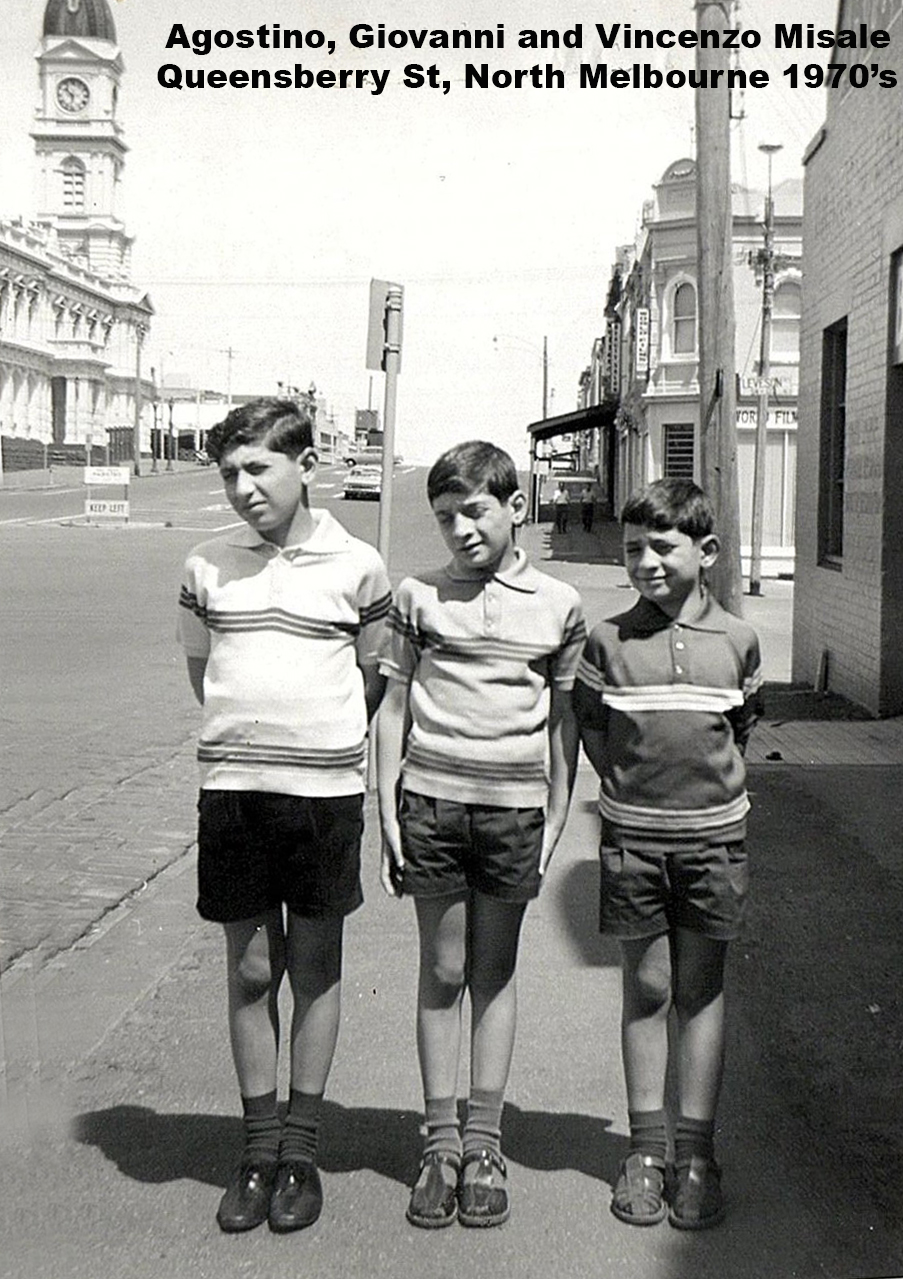 Antonino Misale puts on his classic cap and blazer and takes to the streets of North Melbourne. The sprightly 94-year-old offers a smile and a wave to everyone he meets.

He has lived in the suburb since he arrived in Australia 68 years ago from Messignadi in Italy. “On the ship there were Italians, Greeks, Maltese. We all come for work and better life,” he says.

After he stepped off the Roma at Station Pier, Antonino moved into a boarding house on Rosslyn Street. He stayed there until 1958 when he married Venezia Borgia and they bought a home in Queensberry Street where he still lives.

The double-storey house, with an outdoor toilet and shower, cost £1,600 ($3,200). “I tell you, it cost lot of money,” he grins. Within five years, he and Venezia had three boys – Agostino, Giovanni and Vincenzo.

Antonino fondly remembers Venezia spending her days cooking and making clothes for the family. At the Queen Victoria Market she would pick a live chicken and engage in some cheeky haggling. “They say ten dollars for meat and she say ‘No’, offer five then walk away then they give in and she pay seven,” he laughs.

After asking for the chicken to be killed, Venezia would shop for fresh ricotta, crusty bread and olives.

Once a year Peel Street would fill with country folk and their trailers full of grapes so that people could make their own wine. “We had a barrel in backyard and Uncle Nando come and make wine with me,” Antonino says. “And we make sauce every year for pasta with fresh tomatoes.”

For Antonino’s boys, life in North Melbourne was simple. With few passing cars, they could safely kick a footy in the street. “We just had to avoid breaking factory windows,” Agostino smiles.

Other rituals included Sunday mass at St Mary Star of the Sea and North Melbourne’s games at the Arden Street oval.

“We’d wait outside the ground and keep any footballs that came over,” Vincenzo said. The boys sold the Footy Record and newspapers at the Shakespeare Hotel at 175 Dryburgh Street North Melbourne. “When the Herald went up to seven cents, we got tips from people offering ten cents,” Vincenzo says.

He also recalls making billy carts after school. “We built them out of scrap timber from the factories, and whatever we could find. We would make the wheels from ball bearings.”

Antonino earned a meagre wage as a labourer for Victorian Railways. “We work with pick and shovel, we do things hard way,” he says. Even in his holidays, he would take work at the Bulla Cream factory on Arden Street. “I never say no to work.”

The Misale home was never short of love. Every second Thursday, on payday, he would come home with a family-sized block of Cadbury’s Dairy Milk chocolate as a treat for the boys.

While chickens are no longer killed on site at the market and nearly all the faces in the area have changed since he arrived in 1951, Antonino still happily spends his days walking the streets of North Melbourne.

“The trams are good, you don’t need car. Everything nearby, there are shops, post office, chemist, everything you want; you can walk everywhere,” he smiles.

He flashes his Myki card, a very modern concept for this otherwise old-fashioned man. He remains quietly proud that his own two hands helped build parts of our suburban railways.

Antonino stills greets everyone he meets, even though he might no longer know their names. “Everyone different now, there are people from lots of countries, but they all very nice,” he says.

When you see him out on the street, be sure to say hello. Antonino would like that.