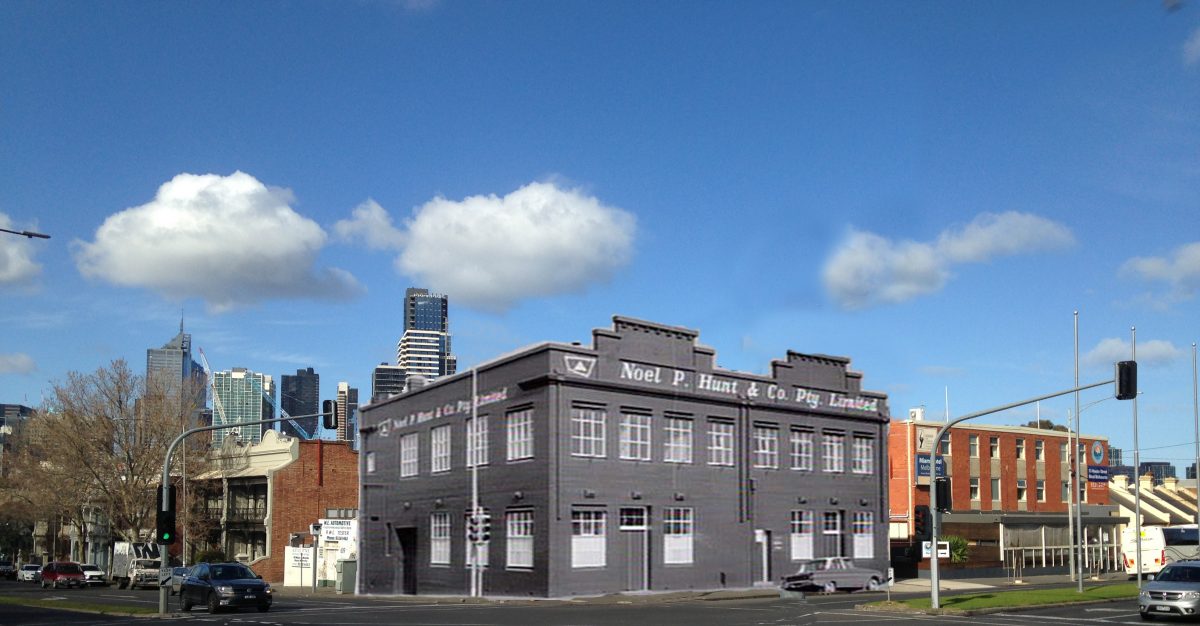 After World War I, a Melbourne chemist, Samuel John Marshall, tapped into improvements in mechanisation and purchased 1–11 Hawke Street to build a medicine manufacturing facility. The building was designed by architect James A. Wood, the designer of University High School. Specifications included first-grade materials, such as two internal jarrah staircases, with all interior surfaces to be white limewash.

It was built by Abel Peters in 1920 at a cost of £2,400 and included a chemical laboratory on the ground floor, as well as administrative offices and a showroom upstairs. Samuel John Marshall formulated and manufactured Rayes Balsam cough syrup amongst other products for over 30 years.

In 1925 half of the building was sublet to Cellular Clothing Company. In 1939 these tenants relocated to a larger purpose-built factory at 40 Milton Street, West Melbourne.

In 1940, 1–11 Hawke Street was sold to Noel P. Hunt Pty Ltd, an engineering and manufacturing company that offered custom-made machines, including fabric inspection and rolling equipment. They were also commissioned by Melbourne City Council to supply and install traffic lights at busy CBD intersections.

Noel P. Hunt is credited with introducing reticulated air conditioning into Victoria in 1937.

In 1974 the building was purchased by Italian immigrants Alfonso and Anna Benincasa, who imported Italian textiles and were known for their fine Italian leather shoes. The building is currently occupied by Goldsmiths Lawyers.

A more detailed history of this and other local streets can be read on Hotham History Project’s newest initiative, www.melbournestreets.com.au

Main photo of Noel P. Hunt building in centre taken by Lyle Fowler circa 1963, held by the State Library of Victoria. This picture has been superimposed onto a recent photograph. Blended image and 2018 photo by Stephen Hatcher.

(the authors cousin Robin Saunders husband, Gary is a cousin of Agnes, the wife of Samuel John Marshall Esq.)