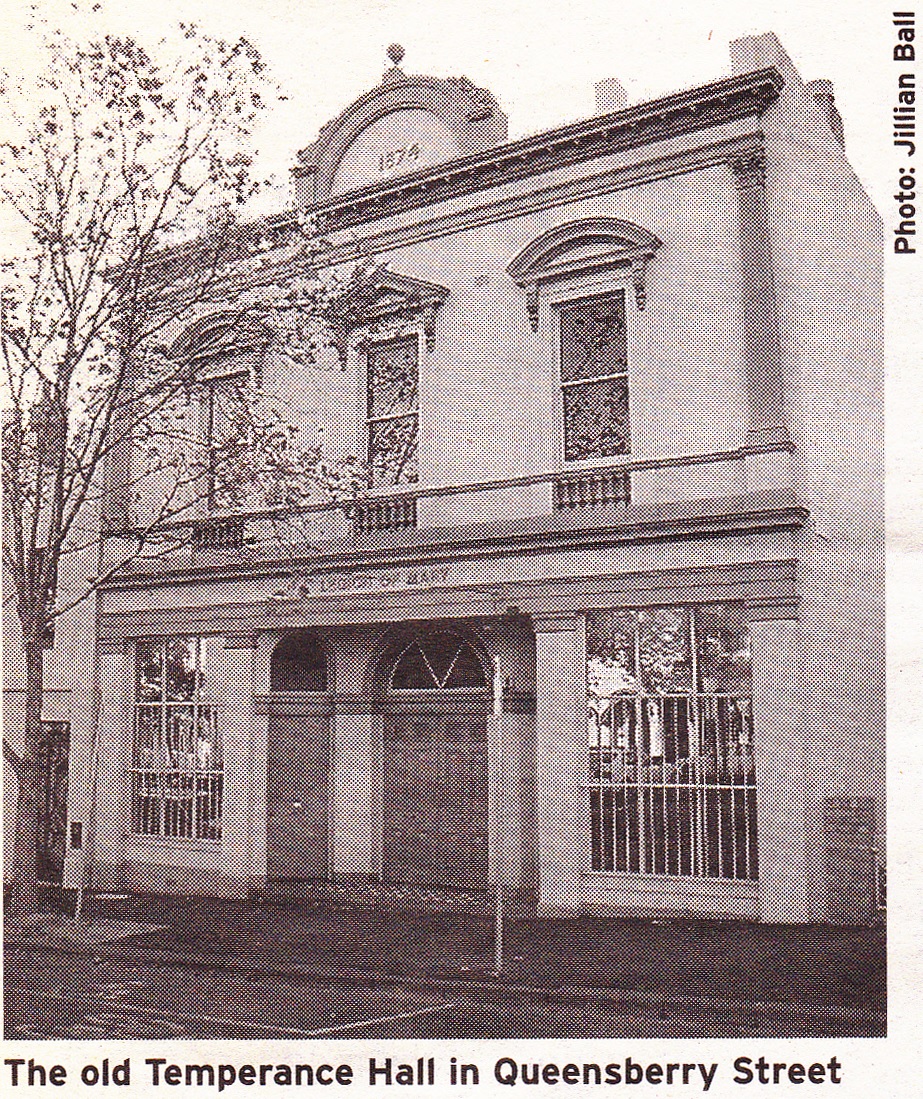 Approaching the old hall at 456 Queensberry Street, between Leveson and Chetwynd streets, the visitor might notice the unusual entry, which has a bay-windowed shop on either side of the entrance steps.
The United Friendly Societies (UFS) commissioned architects W.H. Ellerker and Co to build the hall in 1874. This date is embossed on the facade. The building was designed with shopfronts, basement storage and a meeting hall for the UFS cooperative, which continued to own it until at least 1895.
During this period, the United Friendly Societies rented the shops to various tradespeople, including William Fewster, a tanner, and Maurice Aaron, a bootmaker later of Errol Street.
Friendly societies in Bendigo and the surrounding goldfield towns flourished in the late 1870 s with large memberships. Some still exist today, such as Manchester Unity Independent Order of Odd Fellows (JO OF), Independent Order of Rechabites and Ancient Order of Foresters, to name just three.
The societies provided sickness and death benefits to members and their families. The first dispensary was set up in Ballarat in 1881 and became a very important service to miners who were working in very dangerous conditions underground. Apart from mining accidents, they were constantly being exposed to powdered silica dust, which caused ‘miner’s lung’ or phthisis. From the larger goldfield towns of Ballarat and Bendigo, UFS dispensaries were set up in Melbourne suburbs and other gold towns such as Beechworth, providing subsidised medicines on society prescription.
The UFS was possibly seeking a base in North Melbourne on the northbound route to the goldfields as early as 187o, which led to the commissioning of the Temperance Hall.
Friendly societies in Victoria were not regulated until an act was passed in 1855 providing some control over their registration and rules of operation. According to local history sources, there were several friendly societies in North Melbourne, which met at hotels and schools until the establishment of the hall. The Kings Arms Hotel was the meeting place for the Manchester Unity Order ‘Alliance Lodge’, and the Victorian Tent Temperance Society met at the National School.
Moving forward nearly 100 years, in 1990 the Legion of Mary purchased the hall.
A visit to one of the Legion’s weekly prayer gatherings, which is followed by afternoon tea, reveals that the building’s interior is remarkably unchanged from its original form. The steps between the shops lead up to the main hall. Further stairs lead to a mezzanine balcony overhanging the main hall, and above the two shops is a room overlooking the street.
The basement is a huge, dark room with a low ceiling, bluestone walls and supporting columns.
The Legion of Mary is made up of lay people from the Catholic Church. The North Melbourne centre, known as the Melbourne Senatus, presides over the Legion councils in Victoria and II councils in the Pacific region.
The Legion was founded in Ireland in 1921. Characteristic features are prayer in common, apostolic work and weekly meetings that allow lay people to keep each other strong”. After praying together they visit the poor and sick in the community, praying with them and sharing the gospel.
The Legion of Mary now operates in more than 1900 Catholic dioceses and has three million legionnaires and eight million auxiliary members throughout the world. It recognises a number of martyrs among its members, especially in China and Africa.
In contrast to the political preaching of the Temperance Hall’s first owners, the building now has an evangelical purpose styled on the Catholic Church. One of the shopfronts now houses a reception area where the Legion’s volunteer staff and visitors conduct business over a counter with a photocopier in one corner.
The September edition of NWMN will conclude the story of the Temperance Hall by raising the curtain on occupants in the intervening years who had very different agendas. 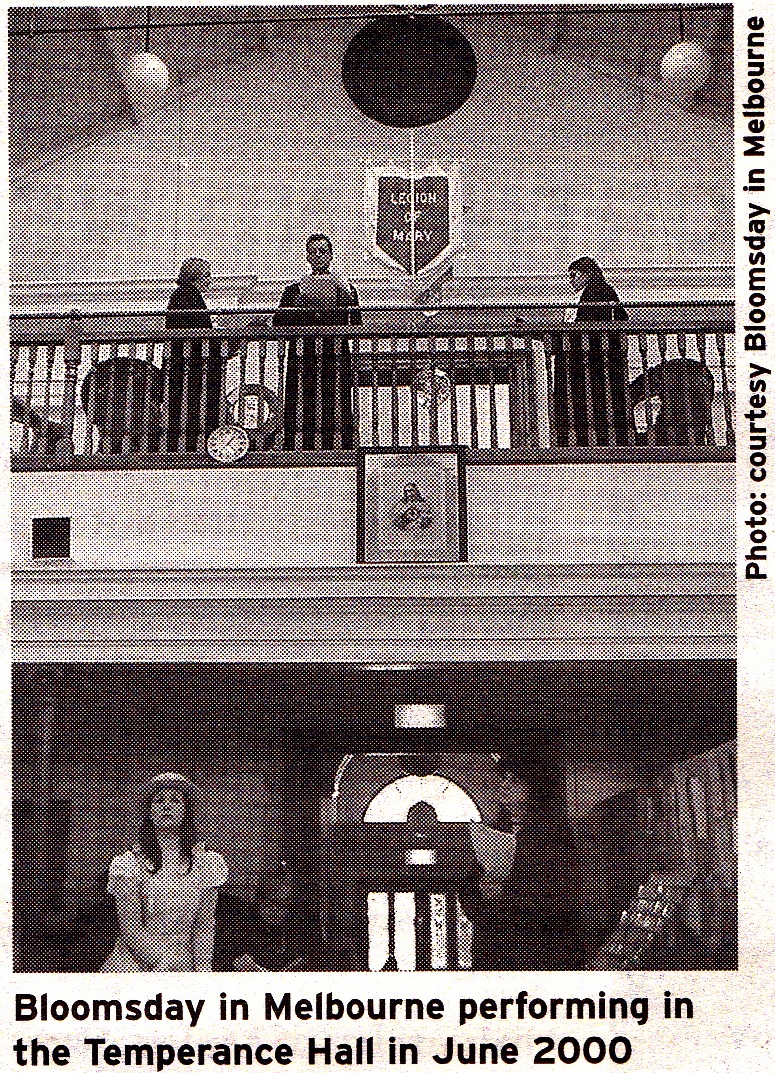 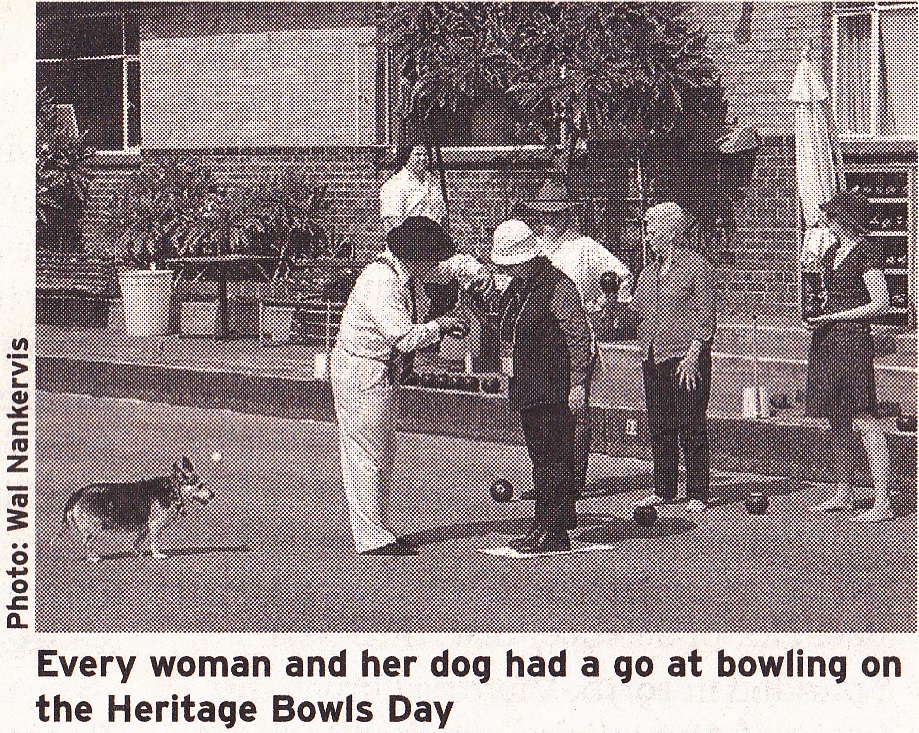