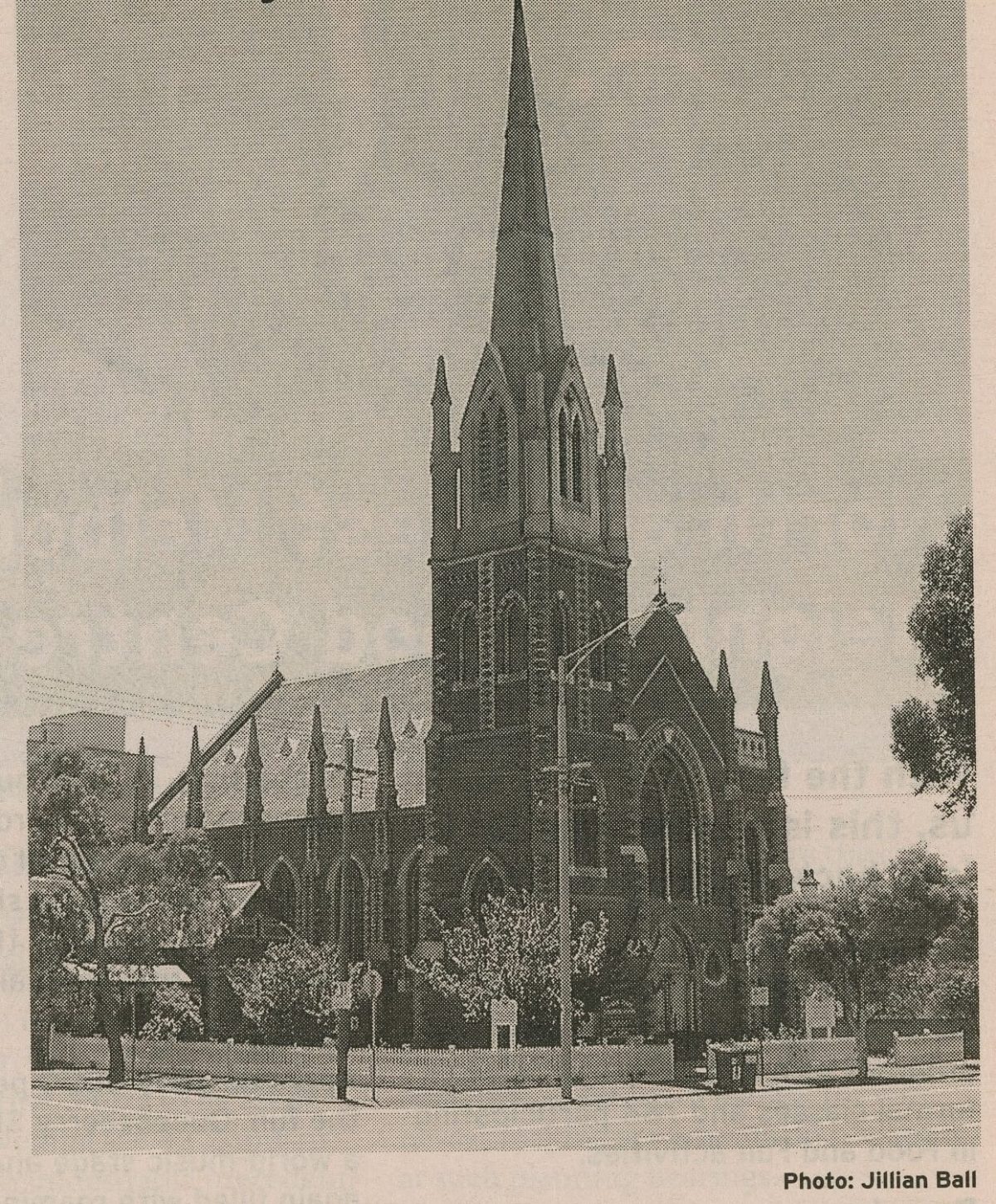 In 2004 the Uniting Church congregation of Mark the Evangelist will celebrate its contribution to the history of the North Melbourne community over the past 150 years.

In 1878 this church was removed to a new site in Elm Street and replaced by the present church. The old church became the church hall and is still in use. It has been concrete rendered and a bell has been suspended over the facade.

Since the First War the union of several harmonious churches had been a topic of discussion among church officials. This resulted in the founding of the Uniting Church of Australia in 1977, when the Methodist, Congregationalist and Presbyterian churches merged.

Over the years Mark the Evangelist has developed pastoral linkages with the chapels at Queen’s and Ormond colleges at Melbourne University, and with the Anglican—Uniting congregation in Kensington.

Through the Hotham Mission, directed out of an office in Curzon Street, Mark the Evangelist has outreach activities, which provide support and housing to students, asylum seekers and prisoners, and an on-site child-care facility.

The history of the parish is rich in events of social and political significance. There is the legend that the Labour Party split took place at a meeting in the Elm Street Hall in 1955. Some parish celebrities are the Reverends Archibald Gilchrist, Stephen Yarnold and Davis McCaughey, a former Governor of Victoria.

Good resonance and acoustic qualities make the church suitable for many musical activities. The present organ, at the back of the church, replaced a former organ in 1987 and was built by a Danish organ-builder, Knud Smenge, then resident in Melbourne.

As the sesquicentenary approaches, a website is being developed which will be available by the new year for ex-parishioners to register information of a historical nature. The historical lecture will be delivered by a historian (to be announced) who will be able to draw on an extensive pool of information in Uniting Church archives and records in North Melbourne.