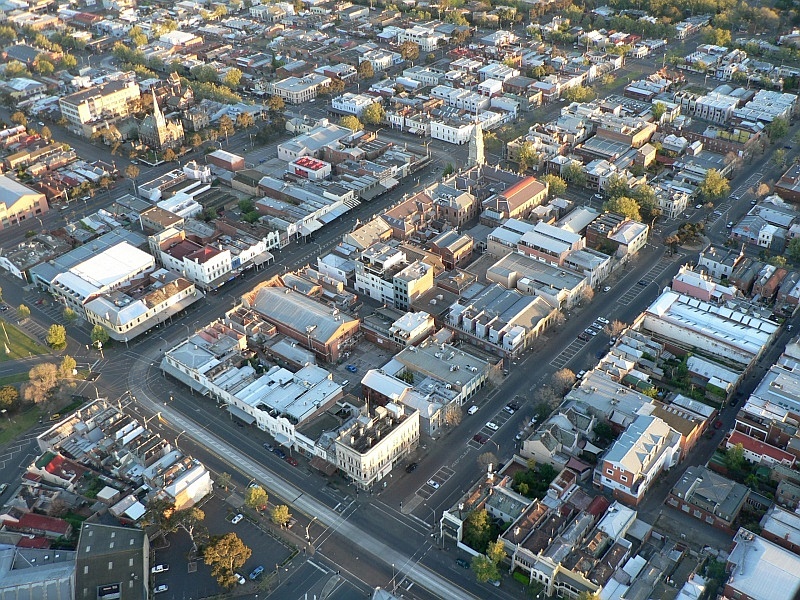 In North Melbourne, the streets are alive with the sound of literature. We have a Byron Street, and Lothian, Dryburgh and Abbotsford streets are all echoes of Sir Walter Scott.

I assumed that Arden Street was associated with the idyllic Forest of Arden in Shakespeare’s pastoral comedy As You Like It. But browsing through the Hotham History Project’s latest venture that aims to make our neighbourhood history accessible as an online resource, I discovered that a George Arden had a colourful life followed by a tragic death.

George arrived in Melbourne in 1838 aged 18. Within a fortnight he launched the Port Phillip Gazette, the first legal publication in Port Phillip. He was a keen lecturer and through talks and publication he encouraged the public to embrace the idea of a national literature.

However, other newspapers began to compete, and George’s vitriolic and passionate temperament led to his decline as a businessman. He became bankrupt and in 1852 he went to the goldfields to try to regain his fortunes through mining.

It did not go well. In 1854 he was found dead on Bakery Hill in Ballarat. According to the Australian Dictionary of Biography, “he was dismissed by his peers as a man of talent and power cut down by his own intemperance”.

The website www.melbournestreets.com.au tells the “stories and history of what you see when you walk around the streets of North and West Melbourne – the architecture, the families, the characters and the evolution of today’s suburbs”.

This ambitious online project can be found through the above link, or through the Hotham History Project website, www.hothamhistory.org.au. It aims to maintain a record of all the significant buildings and landmarks of the area with their history. Collection of stories and data has already commenced.

This important resource will enable us to record valuable information that can be drawn on when buildings are redeveloped or demolished, as our suburbs change to make way for a growing population. Photographs are uploaded wherever possible, both contemporary and historical. Details of the architect, builder and current and former residents may also be included.

If readers have information or photos of their house or their street, contributions can be sent to melbournestreets1@gmail.com.

Do you know more about our streets or more about North & West Melbourne or its stories? Email: info@hothamhistory.org.au